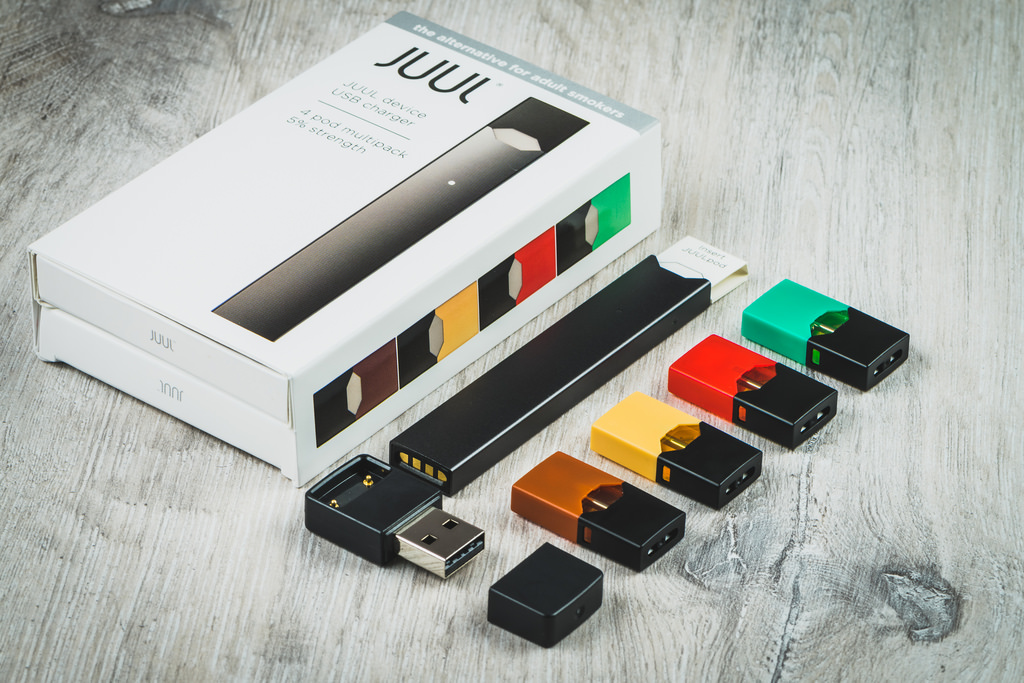 Not sure if you’ve heard, but there’s this wildly popular pod-based e-cigarette that’s been taking America by storm for the past couple of years. It’s called the Juul, and it’s a big deal.

Here’s the rundown for those of you committed enough to vaping to read a blog on a vaping e-commerce site, but somehow uncommitted enough to not know what a Juul is: it’s a small pod-based e-cigarette. It’s got a little LED that lights up when you take a pull, and the e-liquid pods come in a variety of striking colours and trendy flavours like ‘Royal Crème’ and ‘Mango Nectar’. Its terrific build quality and machined aluminium have drawn comparisons to iPhones and… well, mostly just iPhones.

Unfortunately, for the first time ever, the Americans got something rad before we did (on the other hand, we get the BMW M5 Touring, Sunday dinners, and nationalised healthcare). They’ve been Juuling up a storm across the ocean, and the rest of the world has been left out in the cold, watching mango-flavoured clouds drift up over the horizon.

But why is this?

We covered it a little bit earlier this summer in our article about the best UK Juul alternatives, but the main reason that we didn’t get the Juul until now is a question of nicotine strength. See, Juul vaporises a lot less e-liquid for every hit than, say, your run-of-the-mill cloud chucker. It can get away with this because it uses nicotine salt rather than freebase nicotine. Nicotine salt delivers a much smoother hit than freebase, meaning the Juul can up the nicotine level without the experience getting too harsh or difficult to handle.

Juulpods e-liquid comes in only one strength: 59 mg/ml of nicotine. Compare this with most freebase-nicotine-containing e-liquids, which tend to top out at 18 mg/ml. Any higher than this and the nicotine hit starts to get unpleasant. By vaporising comparatively tiny amounts of nicotine, and by using the much smoother nicotine salts, Juul can get away with putting way more nicotine in each pod.

But the 18 mg/ml limit isn’t just because of the unpleasantness—after all, there’ll always be a few loonies on the high end that would vape nicotine as high as they possibly could, regardless of the experience. But the Tobacco Products Directive (you may know it as the TPD) has set the limit on nicotine-containing products at a max concentration of 20 mg/ml. That means that even if you want to buy pure nicotine (like, for example, our nicotine shots, you’ll only find it at concentrations up to 20 mg/ml.

Dawn of the planet of the Juuls

Juul is mixing it up, however, by playing ball with the TPD. It’s been developing lower-strength versions of the Juulpods for a little while now, mostly for the US market, but also as a prelude to introductions to markets across Asia, as well.

But the European market is Juul international golden goose (for the moment, at least). Vaping has proven significantly more acceptable here in the UK, and in Europe as well, than it has in America, and Juul wants a piece of the pie.

For that reason, they’ve developed a special low-strength version of the Juulpod with precisely 20 mg/ml. This means that the Juul is now TPD-compliant and available to be sold in vape shops across the country—and across Europe, after Juul hashes out their international agreements.

In the UK, however, the Juul is available for purchase today. We’ve even gotten our grubby fingers on a few, and first impressions have been promising. We’re looking forward to experimenting with it over the next couple of weeks and delivering a review.

Until then, though, the only real way to experience the Juul is to pick one up for yourself. We haven’t started selling them through the Vapour.com site yet, but come on down to one of our vape shops and we’ll hook you up and make sure that you’re on your way happy and satisfied.