Why are smokers so reluctant to switch to vaping? 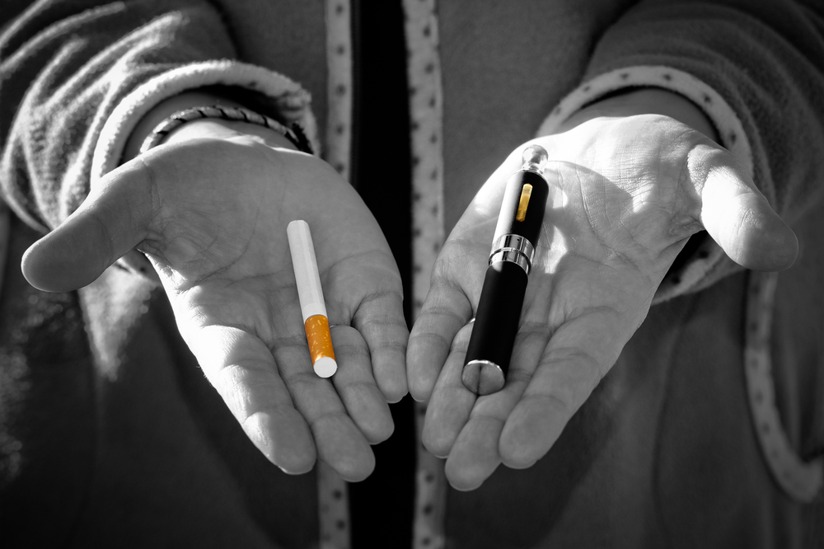 In May 2016, ASH published a very thorough and insightful report on the ‘use of electronic cigarettes among adults in Great Britain’. A fascinating aspect of the report has been widely overlooked as the reason why smokers have been reluctant to try e-cigarettes. Within the report, ASH asked 606 British smokers who had never tried an e-cigarette, simply why they hadn’t. It should be noted, that all 606 respondents could have chosen multiple options.

The top three most commonly cited reasons were:

Check out our complete captivating infographic on the reasons why smokers are reluctant to vape:

Commercial e-cigarettes are very much considered to be safe if used as directed. Like all lithium battery products (e.g. tablets, smartphones and laptops), e-cigarettes can explode if charged incorrectly or left in very hot areas (e.g. near a radiator or iron). According to NicotineSurveys.org, between 2009 and 2014 there were just 25 reports of e-cigarette batteries exploding. Out of the 25 reports, 20 of those occurred while they were charging (potentially attributed to use of wrong or cheaply made charger). Additionally, 9 injuries were reported and there were no deaths. This means the likely hood of an e-cigarette exploding whilst it is being used is extremely low. Whilst these isolated incidents are unfortunate, they should not be seen as a general reflection of the safety levels within the electronic cigarette industry.

The Public Health England (PHE) 2015 review also examined the risk of e-liquid battery explosions as well as e-liquid fires and poisonings. The review found while there was a risk of fire from the electrical elements of e-cigarettes and a risk of poisoning from the ingestion of e-liquids, these risks were comparable to similar electrical goods and poisonous household substances used every day. Since late May 2016, all e-cigarettes have been subject to the EU Tobacco Products Directive (TPD). The TPD will essentially tighten various regulations, and in turn will increase control over the safety and quality of e-cigarettes that are manufactured ‘illegally’ and for cheap. For instance, under the TPD initiative, instructions regarding how to correctly charge your e-cigarette will come into effect. More significantly, the TPD will also require all e-cigarette devices to be protected against breakage and leakage to prevent and protect those against a risk of poisoning.

‘I do not want to substitute one addition for another – 25%’

According to PHE, e-cigarettes are around 95% less harmful than tobacco and nearly half the population (44.8%) don’t realise e-cigarettes are much less harmful than smoking. A study published in the Nicotine & Tobacco Research journal considered the addiction of e-cigarettes. Professor Jonathan Foulds, the lead researcher for the study at Penn State College of Medicine, used an online survey to assess more than 3,600 ex-smokers who currently vape. The respondents to the survey reported previously they used to smoke around 24 cigarettes daily and currently, had about 24 daily sessions with e-cigarettes. On face value their addition appeared similar, however, their dependence on e-cigarettes was rather different:

E-cigarette users reported waiting longer for their first vape of the day; 45 minutes on average when compared to 27 minutes when they smoked cigarettes

Further on, there is also an existing belief that using e-cigarettes will lead to increased daily use when compared to cigarettes. This false perception can be explained by something called self-titrate. Self-titrate meaning those individuals addicted to nicotine will try their best to ensure they get the right amount of nicotine they desire. This is why many individuals when they start vaping feel like they are using their e-cigarette more often when compared to smoking. Fundamentally, this is because they are desiring the same level of nicotine but it’s being delivered to the body in a less efficient way, so they end up needing to use their e-cigarette more often. As the e-cigarette industry continues to expand, in a competitive market, devices are becoming more refined, to better absorb nicotine quicker from lower concentrations hence capturing the experience of smoking more accurately.

This is a common misconception. The Smoking Toolkit Study found that e-cigarettes have now become the first choice for smokers looking for a stop smoking aid. In achieving this feat, e-cigarettes have overtaken the once elusive over-the-counter (OTC) nicotine replacement therapy (NRT). Other Research has shown that e-cigarettes have been 60% more effective in assisting smokers quit than NRT purchased OTC. Statistics have also shown that smokers using the ‘NHS Stop Smoking Services’ who quit whilst using e-cigarettes reported higher success rates at 4-weeks, compared to smokers who used other cessation methods. Further on, The Smoking Toolkit Study estimated that in 2014, e-cigarettes lead to 20,000 more people quitting smoking who otherwise might not have done so.

Non-nicotine and nicotine e-cigarettes both reduce the urge to smoke, however certain reviews/studies have demonstrated the reduction is larger with e-cigarettes that contain nicotine. A Cochrane review, which involved 600 people, found about 9% of smokers using electronic cigarettes were able to stop smoking within a year in comparison with around 4% of smokers who used nicotine-free e-cigarettes.

The review also illustrated that using nicotine e-cigarettes assisted smokers to reduce the amount they smoked by at least half, compared to using a non-nicotine e-cigarette. This review conclusively demonstrated that using an electronic cigarette containing nicotine increased the chance of long-term stop smoking in comparison to using an electronic cigarette without any nicotine.

Not content with only showcasing the reasons why smokers are reluctant to vape, we decided to carry out our own survey. The survey gathered various questions which smokers were eager to ask vapers. The survey was answered by 509 respondents and provided an extremely interesting insight into the vaping experience of current e-cigarette users. Three questions in particular, which were most relevant in relation to reluctant smokers, responses (seen in the last section of the infographic) demonstrate to smokers that they should not be so apprehensive in their attitude towards e-cigarettes.