Number of deaths attributable to smoking in the UK

Analysis of ‘Statistics on Smoking: England (2017)’ reveals the number of deaths attributable to smoking in different towns/cities across the UK, per 100,000 of the local population.

Overall, their figures showed that there were an estimated 79,100 deaths attributable to smoking in in 2015. Of those deaths: 54% were cancer-related (lung, cervical, bladder cancer etc), 47% due to respiratory illnesses (chronic airway obstruction etc) and 13% circulatory illnesses (ischaemic heart disease, atherosclerosis etc).

Chemicals – Whenever a cigarette burns, it releases more than 5,000 deadly chemicals. Many of the chemicals are unfortunately poisonous and as found by the International Agency for Research on Cancer (IARC), more than 70 are known to cause cancer. Other research has also revealed that toxic metals in tobacco such as lead and arsenic can adversely stop a human body’s cells from repairing any DNA damage.

Lung Cancer – According to Cancer Research UK’, more than 4 in 5 lung cancers are caused by smoking. Studies from Million Women and British doctors have shown that people who smoke between 1 and 14 cigarettes on a daily basis are at least seven times more likely to die from lung cancer compared to a person that has never smoked before.

Heart Attacks – The British Heart Foundation states that smokers are almost twice as likely to have a heart attack compared to someone who has never smoked before.

Circulation – Tobacco contains chemicals which can cause of a lot of damage to the lining of blood vessels and affect the lipids (level of fats) on the bloodstream. In turn, this can result in the hardening of the arteries. Typically referred to as atheroma, it is one of the main causes of heath disease and strokes.

Chronic Obstructive Pulmonary Disease (COPD) – COPD transpires when the lungs become damaged, narrowed or inflamed. As a result, it detrimentally causes breathing difficulties. Smoking is attributed as one of the cause of COPD. 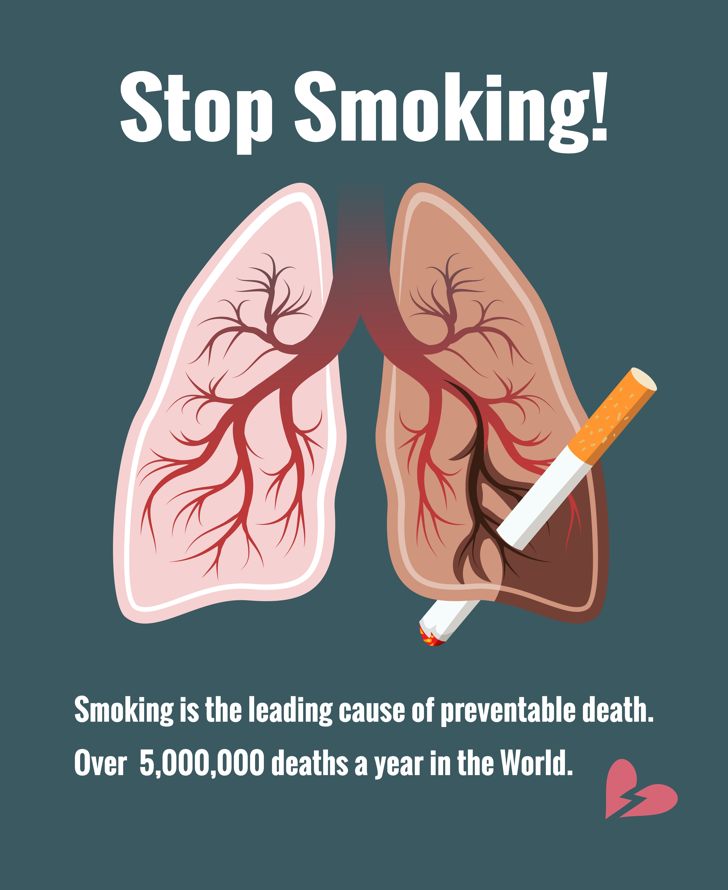 “Smoking for a numerous amount of years has been documented as one of the most preventable causes of various deadly diseases and illnesses. Despite this, many do unfortunately become fixated to the addictive nature of smoking and make it a routine habit in their daily lives. Changing this behaviour can be difficult but with more safer alternatives to smoking than ever before and ground-breaking studies/research thoroughly exhibiting the destructive nature of long-term smoking on mental as well as physical health, the glowing hope is that many more lives in the future will be saved”. 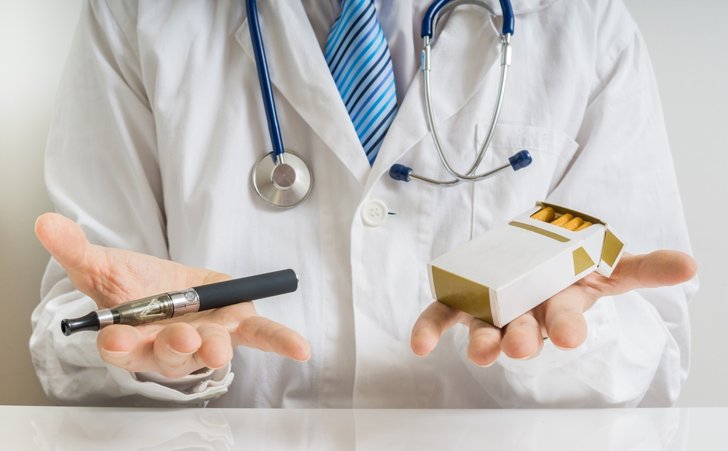