More Evidence on Youth E-cigarette Use 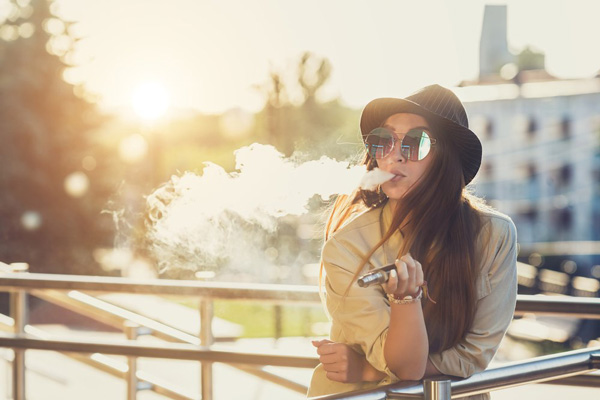 Would you look at us. We’re all about the ongoing series (serieses?). This is a follow-up on a post from a few weeks ago where we questioned whether e-cigarettes are encouraging kids to smoke, which was, itself, a follow-up to two other myths busted. Or semi-busted.

In the intervening time, a bit more evidence has emerged on the topic of children using e-cigarettes.

If you remember, the big conclusion that we drew is that serious conclusions can’t be drawn just yet. That sort of thesis isn’t helpful at all, but we hope that it might have defused some of the panic that you read on Twitter.

But a team of medical professionals from Greece and Italy has released a paper taking on some of these conclusionless claims. And the picture is now a little bit clearer.

For those that didn’t catch our last post about the teens vaping, here’s the highlights.

Although you might have heard that American kids are going bonkers for Juuls, the Juul isn’t certified to be sold in the UK (it has to do with the eliquid nicotine strength) and children are barely using e-cigarettes at all.

Furthermore, repeated surveys over the course of years have indicated that the rate of e-cigarette use among children isn’t increasing. Which is good news.

There is a positive correlation between e-cigarette usage and tobacco usage. That is, children who have ever used e-cigarettes are more likely to ever use tobacco. The testing period was only over the course of a year, and it measured only whether children had ever used an e-cigarette or tobacco, so it wasn’t conclusive, but it’s not heartening news either.

There’s a positive correlation between tobacco usage and e-cigarette usage. Meaning kids who smoke tobacco are more likely to use an e-cigarette.

How can it be that e-cigarettes lead to tobacco usage, and tobacco leads to e-cigarette usage? Science generally gets pretty suspicious when opposite conclusions can be drawn.

It’s possible that the correlation above can be explained by what’s called the ‘common liability’ theory. Basically it means that any kid who’s open to trying an e-cigarette will probably be down to smoke tobacco as well, and vice versa.

The recent Greek-Italian study has been a masterclass is sheer number-wielding. The usual suspect is here: the study found that 5 out of 6 kids who vape regularly have used tobacco at one point or another.

In fact, the study concluded that children who have ever used tobacco are more than 8 times more likely to use an e-cigarette than those who’ve never smoked. For those who use tobacco regularly, that number hops up to 11 times more likely.

We won’t submit you to the rest of the deluge of numbers, but if you’re interested, you can find a high-level overview of the study here (the full study is behind a paywall).

Look. Children aren’t supposed to use e-cigarettes. The effects of nicotine on developing brains haven’t been studied a ton, but we know it’s bad news.

So we’re not trying to get you to lay off the fears of kids using e-cigarettes. But we do want to temper your fears that kids are using e-cigarettes to start smoking tobacco. It’s becoming clearer that youth e-cigarette use is significantly more common among kids who smoke as well.

So the question, as always, is:

How do we get people to stop smoking?