Industries with the Highest and Lowest Smoking Rates 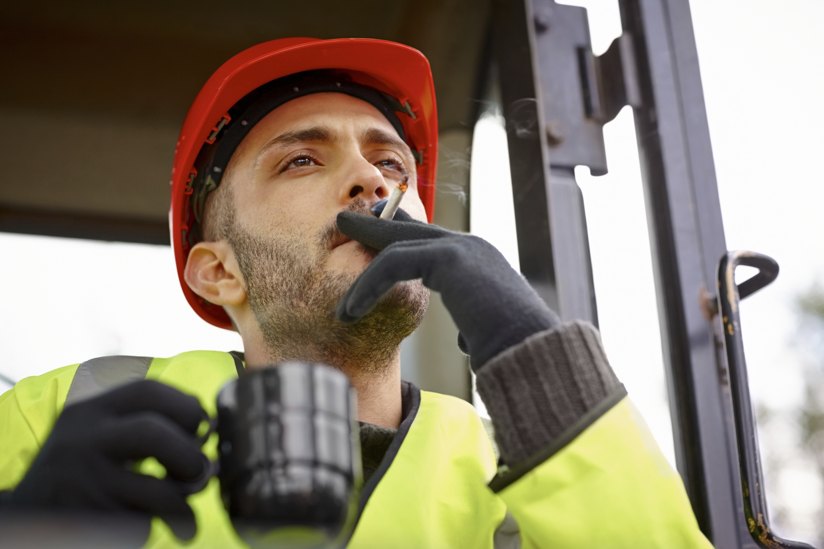 Based on the findings gathered from our own research and data collected from relevant sources, we also analysed the reasons for a substantial difference between jobs with the highest and lowest smoking rates and tried to ascertain how to reduce smoking prevalence in these industries?

Figure 1 reveals that the disparity between the routine and manual occupations on the one hand and professional occupations on the other remains high. This corresponds to the findings of Action on Smoking and Health (ASH), Health & Social Care Information Centre (HSIC) and the report on adult smoking habits in Great Britain in 2014 by the Office for National Statistics (ONS), which also found a strong connection between smoking and some other socio-economic factors, most notably income and education. Generally, the higher are the income and education, the lower the smoking rates and vice versa.

Please include attribution to vapourlites.com with this graphic.

Causes of the Persistent Disparity in Smoking Rates by Industry/Occupation

There is a substantial number of studies that investigated the link between smoking rates and industry/occupation including the possible causes for the persistent disparity. The majority were conducted in the United States but since smoking prevalence by industry/occupation is very similar to that in the UK, their findings are relevant for Britain as well.

A study on cigarette smoking trends among working adult Americans by industry and occupation which was published by the National Center for Biotechnology and Information (NCBI) reveals that just like in the UK, the highest smoking prevalence is among workers employed in food service industry, construction, and transportation. And just like in the UK, the lowest proportion of smokers is among those working in healthcare, science and education, and legal occupations.

Though the order is slightly different than that in the UK, the fact that the same industries are among the top and bottom tree suggests that the same or at least very similar factors are at work in both the UK and United States. These include:

Smoke-free policies covered low smoking prevalence occupations a lot earlier than the all-encompassing workplace smoking ban made it illegal to smoke in any enclosed public or private workplace in 2007. So it’s possible that smoking rates in some industries remain high because the they are either not covered by the smoking ban or the latter hasn’t been in force long enough to show results.

The fact that smoking prevalence tends to be the highest among those with lower education and income also suggests that workers employed in routine and manual occupations may be less aware of the risks of smoking and where to turn for help. In addition to being less likely to quit, they are thus also less likely to succeed to give up cigarettes.

The fewer there are smokers, the less likely are the company and its employees to approve smoking, which puts individuals working in low smoking prevalence occupations at the increased pressure to quit or at least reduce smoking. Company culture and peer pressure are therefore highly likely to play a major role in the disparity of smoking rates by industry/occupation.

The results of our survey and analysis of the existing studies on smoking prevalence by industry/occupation showed that the existing smoking reduction policies have not been working for some industries/occupations. Due to the high smoking rates, some jobs thus pose an increased risk of heart attack, lung cancer and other deadly smoking related diseases. Furthermore, the link between smoking on the one hand and income and education on the other suggests that some industries/occupations don’t only make an individual more likely to smoke but they may also put them at a major socioeconomic disadvantage.

Our findings indicate the need for a new approach to smoking reduction policy. The latter should perhaps be more focused on the groups that have been identified to have the highest smoking prevalence and use more tailored methods to reduce the number of smokers to the rates comparable to the rest of the population.