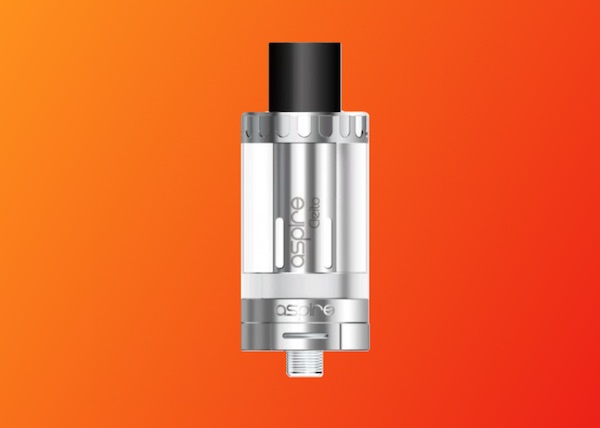 Look, it's news to precisely no one that the world of vaping is littered with weird naming conventions. From Asmodus to Zelos, you'll be hard-pressed to find a name that won't tangle a few tongues now and again.

One name that seems to give people more trouble than most (if Google Search Results and our own analytics are to be believed) is Aspire's Cleito tank. Cleito is the canonical spelling, but you'll find it in a variety of orthographic configurations across the rest of the web, including Clieto, Cileto, and Cletio.

All of which make just about as much sense as Cleito, which is clearly not a word at all. Most people wouldn't notice the difference between Cleito and Clieto, and the latter two sound vaguely Italian, which makes arguably more sense.

So let's get to the bottom of this.

A small proportion of vape manufacturers name their products (or at least a subrange of products) using some combination of letters and numbers as a code, like an expensive German car. Smok is probably the biggest adherent to this naming scheme, featuring products like the TFV12 Q4, the V8 Baby-X Q2, and the TF-N2 Air Coils. See also, however, Vaporesso's GT8 Core Coils or Wismec's RX2/3 mod.

Another small proportion of vape products seem to be trying their very hardest to keep the legacy of Steve Jobs alive by sticking a minuscule i in front of a variety of words. These include the Eleaf iPower, iJoy Capo, or Innokin iSub and iClear.

The majority of vape product names, however, seem to just be words that someone has decided sounds cool. This is complicated by the fact that many e-cigarette manufacturers are situated in the Far East and have executive committees who might not speak the same kind of English that we speak in the UK. This means that what sounds good in their variety of English might sound a little off in our English.

This has yielded such greats as the Innokin Coolfire Ultra and the Vaporesso Revenger.

Above and beyond that, many vape manufacturers seem to be intent on just making up whole new words. It's great for brand recognition, because it means that your product won't be lost in a sea of iThis and iThat, nor overshadowed by some other product already on the market in some different industry (searching 'nautilus', the name of a hugely popular tank by Aspire, surfaces instead the Wikipedia page for a 'pelagic marine mollusc of the cephalopod family Nautilidae,' for example).

Our good friend the Aspire Cleito finds itself in this category.

At first glance, Cleito seems like a word comprised of a variety of letters pulled at random from a hat. In fact, it's difficult to find anything in your 'cleito' Google Search Results for anything but the successful vape tank.

Dig enough, however, and you'll find that Cleito was a character in Greek mythology, which, hold on to that one. Apparently Cleito was the mother of Atlas, one of the early kings of Atlantis. (For those of you non-fans of the 2001 Disney classic, Atlantis was a mythological city that Plato wrote about in some old, old books.)

If you've spent any time with Aspire's product line (the way we have here at Vapour), you recognise Atlantis as another one of their tanks. And the Plato is a small all-in-one vape kit sold at Aspire.

That's not all, though. No fewer than 7 Aspire products are named after figures and places in Greek mythology. Suffice it to say that someone at Aspire is a big fan of the classics.

Which, okay. Knowing where the name Cleito has come from doesn't actually make it any easier to spell. But it's nice, in a sort of quaint way, to see this sort of theming from an industry that, for all intents and purposes, tend to be faceless.

The Cleito-Clieto confusion isn't just a random typo thrown on our site search, however, In fact, a Google search for clieto (misspelled, just for the record) returns over 35 thousand results, including some popular online vape retailers and reviewers.

Well, the obscurity of the name is one factor. Even within Greek mythology, Cleito isn't prominent enough even to warrant her own Wikipedia page. It's unlikely that you'll have seen the word Cleito before. On the other hand, you may have seen the words Atlantis or Odyssey before, so even though Aspire has reached into Greek history for them, you're much less likely to misspell them.

Slightly more perniciously, Cleito also features the dreaded i-before-e entanglement. You might have been taught the rhyme when you were in school, but so many exceptions to the rule exist that many grammarians agree that the rule isn't even worth learning these days. Which leads us into a world of acheive, recieve, and feirce (which, heads up, are all misspelt).

Where does that leave us?

None of this is to make any comment on the actual performance of the Cleito tank, which by all accounts is incredible for the price.

And look. We're not trying to make a habit of dissecting the naming conventions of the brands that we sell here. But a closer look at the situation that makes such misspellings so common might help give us an insight into how the industry works.