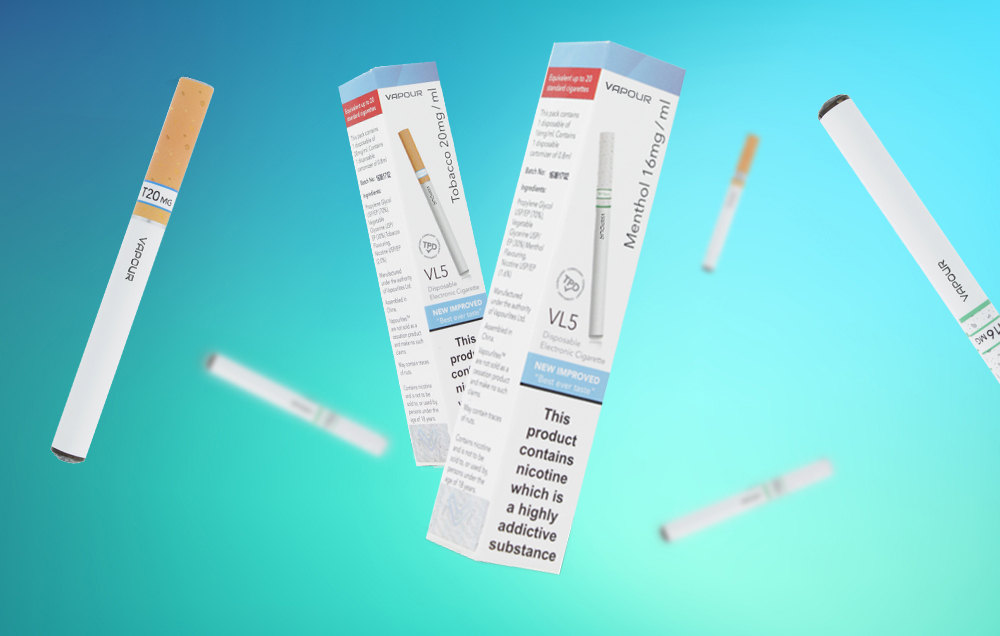 Oh, the lowly cigalike. It’s where vaping really got its start: little cigarette-ish devices with red or blue LEDs at the end, poking out of the breast pockets and cargo-short-pockets of people all over the country back in the year, like, 2010 or so.

The history of the cigalike is a surprisingly circular one, finding its way all over the socio-vaping world before coming back to what they do best: helping people quit smoking. And much of the role of modern cigalikes is thanks to a smart little piece of industrial design: the 510 thread.

But we’re getting ahead of ourselves. If you want to cut to the point, scroll down to the The secret is in the cartomiser part. If you want to join us on a 2.5-minute ride through the wonderful world of the cigalike, fasten your seatbelts because we are on our way.

A long time ago (no one quite knows for sure how long), there was no such thing as vaping, and everyone was dying left and right from tobacco fumes. But a little while after that, the world was introduced to an alternative to smoking: e-cigarettes.

E-cigarettes, at that point, were exactly what they sounded like: electronic cigarettes. Box mods, 4ml tanks, and low-resistance coils were just twinkles in the eyes of various inventors and enthusiasts across the globe. Instead, early vaping was more of a techy offshoot of smoking—and for that reason, early e-cigarettes were little more than unsophisticated electronic versions of the standard experience of smoking. They certainly looked like cigarettes. Many of them had a little red LED at the end that illuminated when you pulled on it, giving the impression that something was being combusted inside. And indeed, a lot of early e-cigarette adverts (remember those?) riffed on people comically mistaking e-cigarettes for actual cigarettes.

They were a great product to introduce people to the idea of vaping rather than smoking, because switching from one to the other introduced the very smallest amount of friction possible. The only real change was that instead of lighting up and stubbing out, you had to recharge your cigalike periodically.

But the race, back then, was about recreating the experience of smoking as authentically as possible. And cigalikes did a terrific job of that, because they were small, uncomplicated, lacked buttons, configuration (really, anything that you had to learn), and produced very little actual vapour. They were discreet, easy, and no-nonsense, and people looking for some alternative to patches and gum took to them in droves.

Of course, as time’s gone on, we’ve realised that it’s not the smoke that people are addicted to, but the nicotine. So we’ve developed more and more pleasant and safe ways to get your nicotine fix; and as vaping has grown in popularity, people have become more willing to accept a certain amount of configuration and learning when switching over to e-cigarettes.

Nowadays, we’ve left the lowly cigarette behind in favour of box mods with temperature control and coils with aircraft-grade materials and long-life alloys. As far as we know, it’s entirely possible that your current e-cigarette is rainbow-iridescent, or has wings, or can cook you dinner, or something.

So cigalikes have become a bit of an artefact of the past… or have they?

Cigalikes haven’t completely gone away, however. Although the now-familiar mod-and-tank set up is the dominant form of vape device in 2018, stirrings in the vape world are indicating that this won’t always be the case.

For example, as vaping has gotten more and more popular, chunky box mods and powerful coils have become the norm. It doesn’t take a vaping guru to recognise a mod, even without a tank attached. And for that reason, there’s been a sort of rubber band effect against this kind of ‘ostentatious’ vaping in modern culture.

We know that we’re banging a gong you’ve heard before, but just take a look at the Juul. It’s small, uncomplicated, without buttons or configuration, and its produces very little vapour, which makes it discreet.

And the Juul isn’t alone. Pod-based e-cigarette products are sweeping the industry from brands like myBlu and Vype (owned by Imperial Tobacco and British American Tobacco respectively), proving that the same kinds of uncomplicated vaping devices that we got started with still hold a place in the heart of the economic market (which means: the heart of people quitting smoking everywhere, depending on how much you adhere to the capitalistic schema).

The downside to pod-based systems

Of course, the brave new world of pod-based e-cigarettes isn’t as perfect as you might wish to think. Besides the fact that it’s dominated by a handful of multinational corporations, most pod-based systems aren’t compatible with each other. You can’t fit a Juulpod into a myBlu battery. If you, say, own a Juul, and Hexa comes out with a flavour you’d really like to try, you have to purchase the Hexa Pod system, at whatever expense.

Which brings us right back around to the humble cigalike.

The secret is in the cartomiser

The rise of pod-based vapes has stirred interest in our old friend the cigalike as well. The two are relatively similar, differing really in their commitment to the cigarette form factor only. Indeed, most cigalikes are generally pretty similar, while pod-based vapes can differ radically from the smooth, straight lines of the Juul, to the aeronautical curves of the Vype.

This reveals the unlikely strength of the cigarette. On the inside, of course, you’ll find tobacco and menthol flavours, but you’ll also find cherry, and strawberry milkshake, and vanilla, and all the other good old vape standby flavours. But unlike the multiform pods, cigalike cartomisers are all generally the same on the outside. Which means that they’re interchangeable.

This is no big news to people sticking with their mods and tanks, as 510 threading tends to be standard across the industry, so most tanks will fit most mods. But this might be news to people whose only vaping experience is with proprietary pod-based systems. The variety of flavours and manufacturers that you might see in the mod-and-tank business (and even in the pod-based business) has existed in the world of cigalikes this whole time.

This means that if you’ve been vaping Gamucci for years, for instance, and you want to try something else—just buy a new set of cartomisers. Skycig’s tobacco flavour not doing it for you? May I suggest our very own tobacco cartomiser, which you can pick up in a 50-pack if you please.

The point is, the vaping world is full of choice if you keep your eyes open. And since cigalikes are so inexpensive, there’s no high-bar buy-in to get going. Just inhale and you’re on your way.