The Vapour Guide to Choosing a Beginner Vape Kit 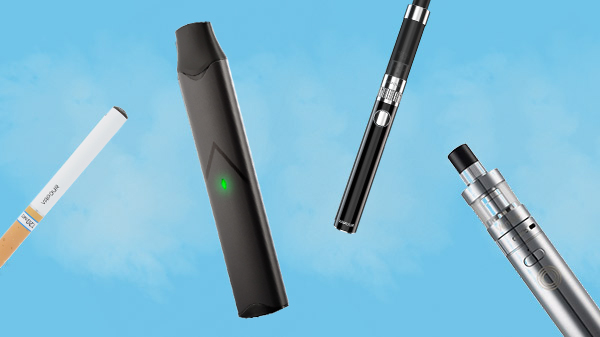 If you’re reading this, it’s probably because you’ve decided to stop smoking tobacco and switch over to vaping. In which case, welcome. We’re glad to have you.

Unfortunately, if you’ve spent any time in the vaping world, you may have realised that the sheer variety of the ecosystem can make it a little bewildering to a newcomer. What’s a clearomiser? Do I want a cigalike or a pod-style e-cig? And what’s this sub-ohm thing that everyone keeps talking about?

These are all questions that you don’t need to be able to answer right away. Anyone who vapes will agree that vaping rewards patience and taking incremental steps.

So with that in mind, let’s get cracking. This is everything you need to know to choose your first vape kit.

There are more styles of vape than there are stars in the sky, and that’s a fact. You’ve likely seen a few of these on the street. Maybe a friend of yours has picked up a sick piece of kit and he won’t stop going on about how dope her mod is or how tight the draw on his new tank.

Forget about all of that. We want to introduce you to three beginner-friendly styles to help get you on the horse: cigalikes and pod systems, vape pens, and basic tank-and-mod kits. 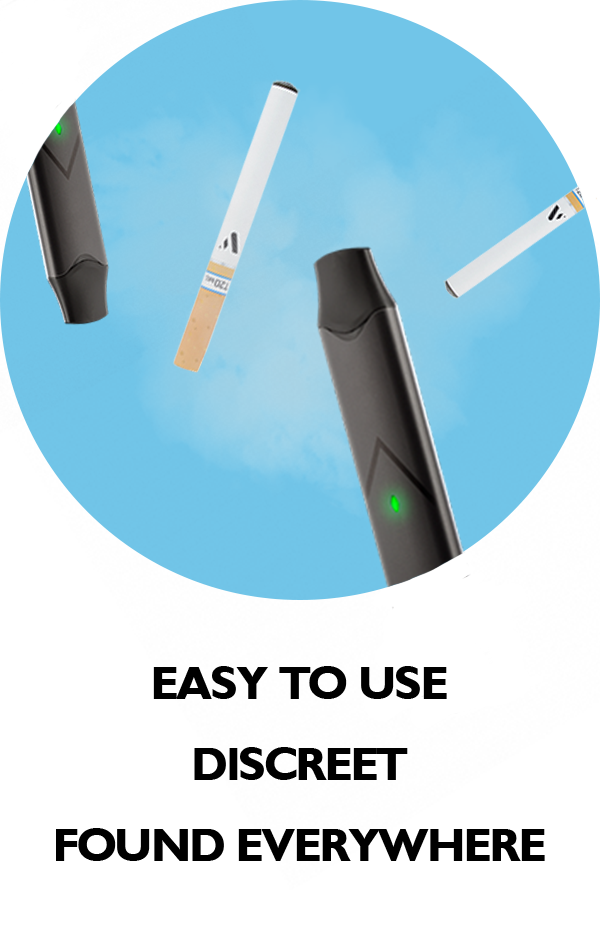 No vape product is more simple to use than a good old-fashioned cigalike, or good new-fashioned pod vape, for that matter. They’re affordable, reliable, and configuration-free, which makes them incredible devices for new vape users.

They also come in a variety of less flashy form factors, which makes them great for what people call ‘stealth vaping.’ If you’re not looking to attract attention, consider a cigalike or a pod system.

We’re grouping the two together for simplicity’s sake more than anything, because in structure and function they’re essentially identical. There are no setting and usually no on-off switch. To vape, you just take a puff and the device will heat up automatically. When you stop, the heating element will shut off. This experience is the same across pod systems and cigalikes alike.

Both of them also consist of two parts: a battery, and a cartridge.

Calling it a battery might be a little simplistic. The battery part of any cigalike (or pod system) also contains a bit of electronics that can tell when you’re taking a puff, and an LED used to indicate charge. The cartridge usually contains the flavoured e-liquid, and usually the heating element as well.

Where cigalikes and pod systems differ most is in their appearance. Cigalikes came first and are generally accepted to be part of the first generation of e-cigarettes, back when the whole point of vaping was to mimic the experience of smoking as closely as possible. For that reason, cigalikes tend to look and feel like cigarettes.

Pod systems have also been around for a while, but for most of their history they’ve tended to be somewhat niche. That is, until the Juul came around. Juul is an immensely popular pod system sold in America, where they took off with social media-connected teens in the early parts of 2018. That hype, combined with the fact that the Juul isn’t available for purchase in the UK, has driven the introduction of a whole range of Juul-esque pod systems. And now they’re everywhere

Benefits of cigalikes and pod systems

They’re easy to use. Just take a puff and they go. You don’t have to worry about wattage or using the right coils. When you run out of e-liquid, swap a cartridge and you’re back on the road.

They’re affordable. Owing to their simplicity, cigalikes and pod systems are generally significantly more affordable than their more complex siblings. You can usually get up and running for less than a fiver.

They’re discreet. Since they’re not as techy as bigger, more powerful devices, they tend to be a little bit more widely accepted when you’re vaping in public. It helps that their low power also produces minimal vapour.

They’re sold just about everywhere. Cigalikes and pod systems are immensely popular, and many high street chains have cigalikes and pods on the shelf. If you run out of e-liquid while you’re on the town, a refill is never far at hand.

Downsides of ciglikes and pod systems

Their batteries don’t last very long. Since they’re so small, their batteries tend to be underpowered. This isn’t a problem if you’re not a heavy user, but if you’re coming from a pack a day, you might need to carry a backup battery.

They don’t produce a ton of vapour. This might not be a concern if you’re a new vape user, but it’s something to think about. It might actually be a positive.

But we think that their popularity stems from the fact that they’re where new vape users are introduced to e-liquids.

Cigalikes and pod systems only come with a limited number of flavours. After all, you can’t use a Hexa Pod on a VL4, for example.

Vape pens, on the other hand, don’t use replaceable cartridges for their e-liquid; they use battery-mounted tanks and coils instead. You fill up a tank with e-liquid, which wicks into the coils. The coils are triggered by the fire button, which vaporises the e-liquid and produces that sweet, sweet vapour. The whole vape pen tank-coil assembly is commonly called a clearomiser.

The trade-off for this freedom is that you have a little more maintenance work to do. Rather than swapping out pods or cartridges when you’re running on empty, you’ll fill a vape pen’s tank with new e-liquid. You may notice after a week or so that your e-liquid is starting to taste bad; this is because the heating element inside the clearomiser is starting to degrade. Not to worry—this is normal, and replacement heating elements—called coils—are affordable and readily available.

You can fill and refill them. E-liquid is, generally speaking, cheaper than replacement pods or cartridges, and generates a lot less waste. It also affords you a significantly more varied selection of flavours to choose from.

They require a bit of maintenance. Replacing coils and keeping stocked on e-liquids isn’t much of a hassle, but it is necessary. 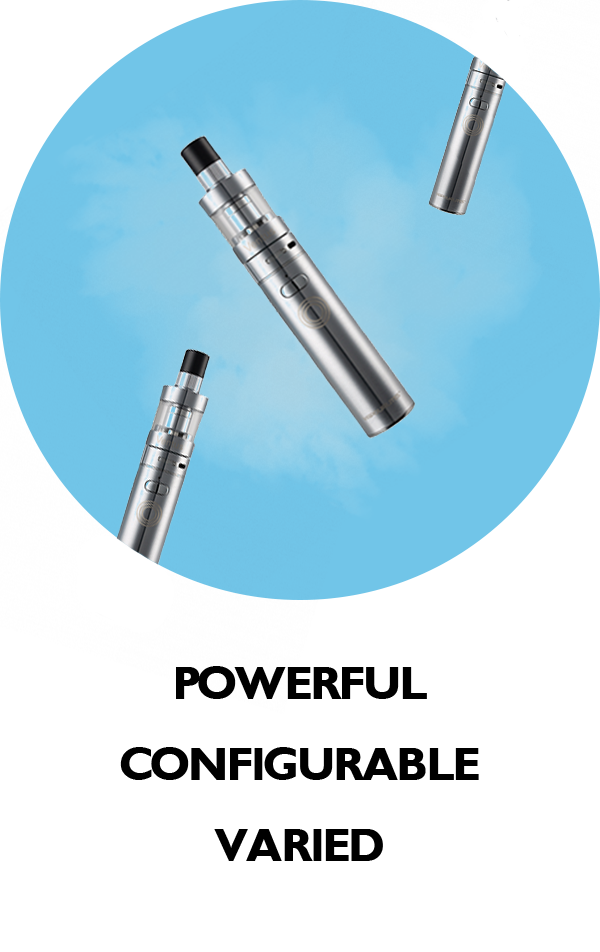 As a bit of a disclaimer, ‘tank-and-mod’ isn’t exactly a generic term for this style of vape kit. There’s no actual dedicated term for it, but it’s definitely not a pen or a cigalike.

At first glance, the basic tank-and-mod kit doesn’t appear differ particularly from your regular vape pen. They’re both generally long and cylindrical, with a big battery on the bottom and a clearomiser—or tank, which is where the name comes from—with a mouthpiece on top.

You may notice, however, that a tank-and-mod device is considerably thicker than a regular vape pen. Not to mention the clearomiser on top—generally much more stout than tall and slim like the ones on a vape pen.

While basic tank-and-mod devices generally don’t provide any more functionality than a standard vape pen—again, there’s generally only a coil firing button—there’s a lot more going on under the hood.

Specifically, the tank itself is usually calibrated for a specific vape experience. For an experience closer to that of smoking a tobacco cigarette, you’ll want a tank with a narrow airflow. If you want to produce a lot more vapour, angle to find a kit with a much more open airflow and more powerful coils.

The coils are another point of difference, here. Tank-and-mod kits can often accommodate a range of different coils depending on what sort of vape you’re looking for.

But now we’re getting into the more advanced vaping setups.

Highly configurable. Once you know what sort of thing you like, a tank-and-mod kit will help you dial in your perfect vape.

It’s inexpensive. Since the only parts you’re replacing are the e-liquid and the coils, this style of vaping can be very affordable. You can also look into high-efficiency coils to get the most value out.

They take a bit of testing. As a beginner, it’s unlikely that you’ll know exactly what you like and what sort of vape you’re going after. For this reason, you’ll probably want to run a little bit of trial and error on various different vape setups.

There’s no denying it—there’s a lot out there for a beginner vape user. It’s not unusual to feel a little paralysed by the amount of choice there is.

But as we said, vaping rewards people who take it slowly and in increments. If a product strikes your fancy, try it out. If it’s a dud, move on. As you gain experience, you’ll start feeling more and more comfortable on more and more complex devices—and you’re off to the races!

If you need any further guidance, please don’t hesitate to reach out to us by email or chat with us using the little blue box in the bottom corner!