A Primer on Shortfills 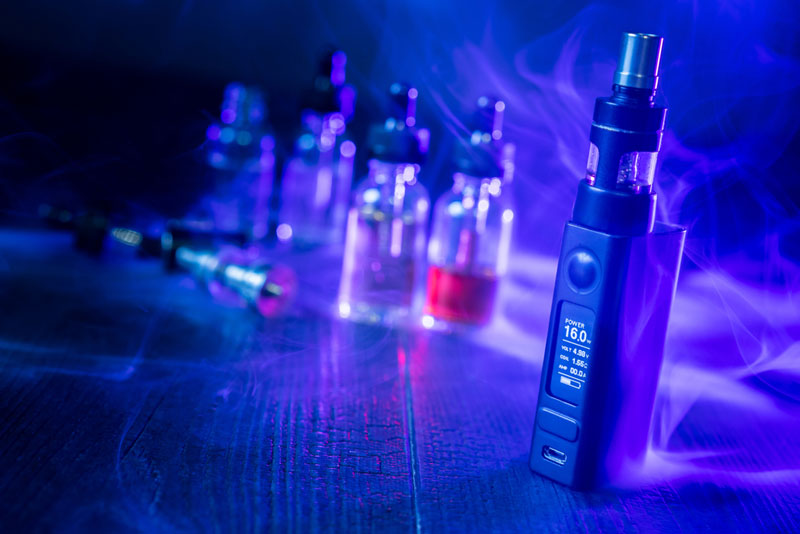 It’s no secret that the dictionary of vaping is full of terms you find almost nowhere else—PG/VG, coils and sub-ohming, mods and nicshots.

But one word you’re going to start hearing a lot more of—if you haven’t yet—is shortfill.

What is a shortfill?

Have you seen those big bottles of 0mg eliquid on the shelf? They’ve usually got a big conical top and a label so loud you can see in the next county. Look a little closer. Does it look as though the bottle has been used? As though it isn’t full, although it’s still in its sealed packaging?

That’s because it’s been short filled . Shortfills are usually only filled to about 80% from the factory.

And the reason why can be traced to some recent EU regulation.

The curious case of the Tobacco Products Directive

In the past, looser regulations meant that e-liquid manufacturers could sell as much e-liquid with whatever nicotine concentrations they pleased. (Within reason. We’re not maniacs.)

But in 2016, the European Union passed a body of regulations with the distinctively EU-esque name of the Tobacco Products Directive.

As of May 2017, sellers of tobacco- and nicotine-based products (like us) have to comply with the TPD if they want to sit at the EU Free Market Big Boy Table. That explains the disclaimer you’ll find in the top-left corner of our website—a disclaimer we’re proud to display, since the TPD is strict—and rightly so. The EU, like us, wants people to stop using unsafe, unhealthy tobacco products.

The TPD is a serious piece of regulatory gymnastics that we have neither the inclination nor the bandwidth to go into, but the gist of it is that nicotine is now a lot harder to buy and sell.

For example, under the TPD, e-cigarette tanks cannot contain more than 2ml of e-liquid. Also, nicotined e-liquids cannot be sold in quantities greater than 10ml, or at greater concentrations than 20mg/ml. And products which contain nicotine, or which can use it—including vaping kits and nicotined e-liquids—have to be licensed and registered. Which costs a pretty sum.

That sum gets a lot prettier when it comes to e-liquid manufacturers. They don’t just get one licence for their whole operation; instead, they have to license each flavour individually. A trip to your local vape store might illuminate how many individual flavours and there really are.

A short history of the shortfill

Of course, those licences only apply to e-liquids with nicotine . 0mg e-liquids don’t apply. Buy, sell, barter, manufacture, trade for your little brother, burn them in a huge pile in a warehouse to your heart’s content. The TPD doesn’t care what you do with them.

Some people vape with nicotine, though, right? The ability to adjust your preferred nicotine concentration is one of the reasons vaping is so appealing to those looking to quit smoking.

Enter the nicotine shot. It comes in a standard 10ml container and usually sits at 18mg/ml of nicotine, both to adhere to the TPD and to make the math easy. You’ll sometimes find 20mg nicotine shots as well, though they’re less common. They’re cheap, easy to DIY with, and soon, they’re going to be everywhere.

Because what makes more sense, from a manufacturers perspective?

If you need it spelt out, the second one makes more sense. But how are you supposed to add nicotine to a new, full bottle of 0mg e-liquid?

Don’t fill the bottle all the way to the top.

And so, the shortfill was born. 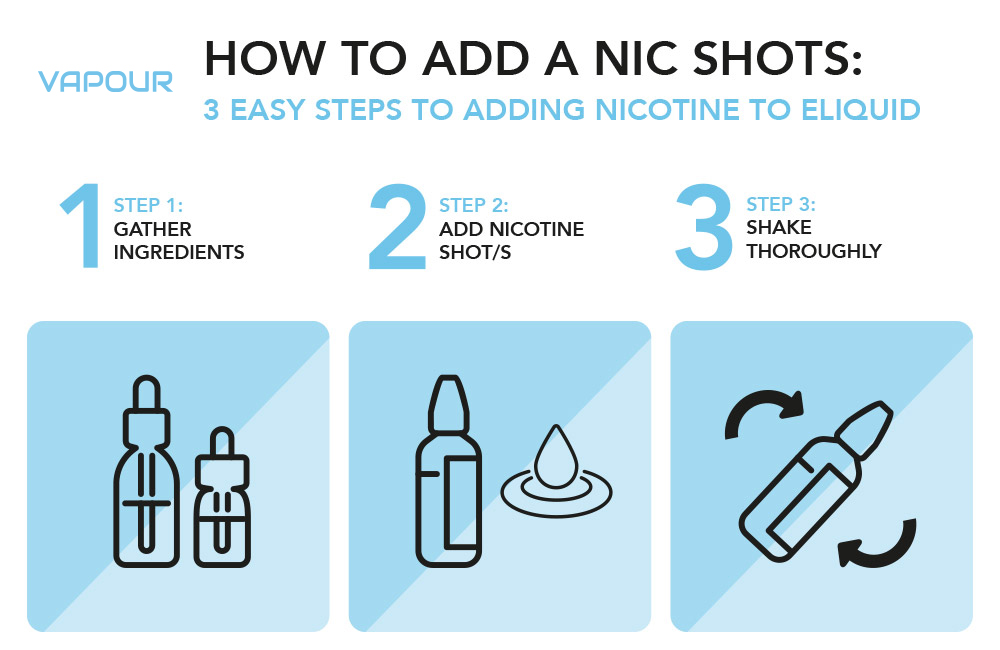 Use the calculator below to measure how much Just Nic It 18mg Nicotine Shot to add to your shortfill to reach your desired nicotine concentration.

Amount of Just Nic It 18mg Nicotine Shot to put into your shortfill:  ml