Vaping versus Shisha: What you need to know 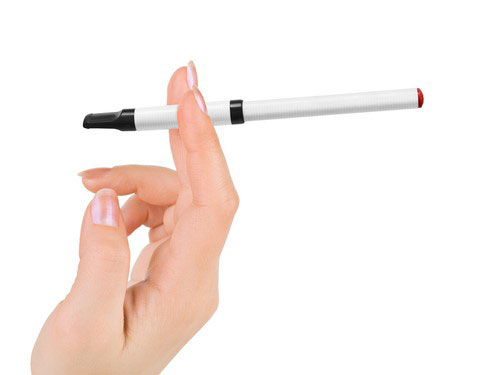 Unlike the E-cigarette, Shisha has been around for centuries. The effects this form of smoking has on not just the lungs, but on the rest of the body has been well documented. Finding from a study published in Preventing Chronic Disease (PCD ) revealed, ‘many hookah smokers believe that smoking a hookah carries less risk of tobacco-related disease than cigarette smoking. However, hookah smoke contains many of the same harmful toxins as cigarette smoke and has been associated with lung cancer, respiratory illness, low birth weight, and periodontal disease.’

In his article on Cancer.org, Tom Glynn, Ph.D. and director of cancer science and trends for the American Cancer Society notes, ‘hookah smoking is no safer than cigarette smoking. Similar to cigarette smoke, hookah smoke has high amounts of arsenic, cobalt, chromium, and lead.’

Studies undertaken by Cancer Research UK highlighted that, ‘Unlike cigarettes, shisha is burnt using charcoal so users can also be exposed to dangerously high levels of the poisonous gas carbon monoxide. Levels of carbon monoxide in the body from smoking shisha can be up to 17 times higher than from cigarettes and can cause carbon monoxide poisoning.’

The study further observed that, ‘Looking at all the evidence together suggests that smoking shisha could double your risk of lung cancer. Some studies have also suggested a link between shisha and cancer of the oesophagus (food pipe) and stomach.’

Shisha is more commonplace than most may think. Peer pressure on union nights out has been considered a major contributing factor to young adults trying, and potentially taking up the habit. Most U.K. universities allow and sometimes provide Hookahs for students to make use of during themed nights such as Alice in Wonderland themed nights, as noted in this text taken from a Mr Flavour, a business specialising in Shisha hire.

In the US, tobaccofreecampus.org has been created to encourage universities to be completely smoke free.  The movement has been a popular one with results showing that, ‘as of January 1, 2016, there were 1,475 100% smoke-free campuses, of which 1,128 – more than two-thirds – were fully tobacco-free.’
In the UK, there are far fewer universities that adopt such policies. Amongst the few, Northumbria University, under its no smoking policy has stated that, ‘smoking is not permitted in any part of its premises, or, with certain exceptions, across the University’s external areas of the campuses.’

Similarly, Bradford University specified that their no smoking policy applies to ‘all campuses and excludes smoking from all buildings and surrounding land within the exclusion zones.’ The University owned vehicles are also ‘smoke free and as such smoking in them is strictly prohibited.’

Finally, the University of Manchester listed that, ‘all University work places and vehicles are designated as non-smoking. Guidance from the HSE is that the University is obliged to give priority to non-smokers who do not wish to breathe tobacco smoke. To this end, smokers will not be permitted to smoke within a five metre radius of the entrance to a building.’

In educational premises such as primary and secondary schools, most pupils are unaware of the existence of shisha, unless they have witnessed its use outside of school. Children are far more aware of smoking. A study in the Guardian reported that, ‘Second hand smoke causes 15,400 children between three and 16 to develop asthma, gives 20,500 two or under a chest infection and 121,400 under-16s an infected middle ear, a report from the Royal College of Physicians warns. Another 600 under-16s get meningitis, 7,200 babies start wheezing and 40 children die of sudden infant death syndrome owing to passive smoking, the study says. To combat such statistics, no smoking policies specifying that adults do not smoke any form of smoking device on the premises have been implemented across the majority of UK primary schools. More and more high schools are choosing to remove smoking shelters and are banning smoking in school-owned vehicles. This has seen a reduction in the number of young people taking up smoking and has increased the air quality of premises that have chosen to adopt this policy.

Young adults appear to be more likely take up the habit of smoking shisha on leaving high school, when the custom of having social nights with other young adults away from their families becomes more of an occurrence. The idea of becoming more liberal in attitude and breaking free from authority figures and finding oneself is a powerful notion to young people.

Whether university campuses should be smoke free remains a highly contested debate, with a current majority voting against the ban on debate.org.

With varying guidelines on which forms of smoking are allowed in and around campuses; is it time to review which types of smoking are permissible? Should tobacco be uniformly accepted, or should universities only advocate the use of stop-smoking aids such as e-cigarettes? With certain campuses and schools adopting a smoke-free policy, should a ban be uniform across all educational premises? With several smoking reforms being passed through the Welsh parliament and pressure for Britain to follow suit; one thing is a certainty – the need for educational bodies to review this contentious topic so that guidelines are made clearer and more uniformed is paramount.