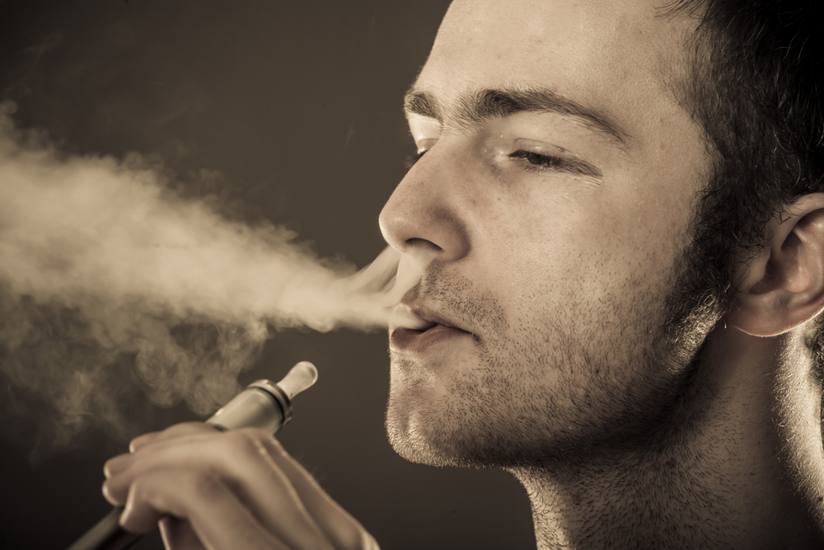 There hasn’t been a week, when electronic cigarettes, or vaping devices have not featured in the news over the last few months, and even years. Speculation around the long-term health benefits and effects have been widely discussed, condemned and scrutinised, whilst other health officials have endorsed the devices as a means to help smokers quit the nasty habit; alleviating pressure off the NHS, environment and costs to businesses in smoking breaks, sick pay and premature deaths.

And once again, this handheld device is being deliberated after a brand new study has projected that the use of e-cigarettes is helping to stop more teenagers from dying from smoking-related diseases. There has been substantial backlash in the news of late, regarding how these electronic vaping devices are becoming a gateway to teenage smoking, however, research has shown that the vast majority of those who vape, are those who are current smokers, who those who were looking to start smoking. Since e-cigarettes were introduced in 1997 in the US, there has been a fifth less smoking-related deaths in those born after 1997.

The research conducted as part of a computer model created by a team of international researchers from Canada, Australia and the US, concluded that a battery powered vaping device was reducing the number of cancer-related deaths and lung problems by a whopping 21 percent! The report published in the journal Nicotine & Tobacco Research, had pointed out that the public health benefits far outshone the harms, if used instead of conventional smoking. The study was funded by the National Institute on Drug Abuse, The National Cancer Institute and the Cancer Intervention and Surveillance Modeling Network. One of the researchers, Dr David Levy, professor of oncology at Georgetown Lombardi Comprehensive Cancer Centre concluded:

‘Our study indicates that, considering a broad range of reasonable scenarios, e-cigarettes are likely to reduce cigarette smoking and not lead to offsetting increases in harm from the use of e-cigarettes and more deadly cigarettes. When we consider the plausible positive and negative aspects of e-cigarette use, we find vaping is likely to have a net positive public health impact.’

Whilst, the use of e-cigarettes has drastically increased around the world, there is no denying from statistics that cigarette smoking among youth and young adults has fallen. In addition to the report, Dr Levy agreed with the proposed minimum age to buy e-cigarettes to be 18 and above; as health experts do not wish to advertise vaping as an easy alternative, but one to use temporarily as a means to quit smoking altogether.

However, with regulations rife, over our Brexit, regulations such as the TPD may not come into existence. Professor Levy argues, that ‘over-regulation of e-cigarettes might actually stifle the development and marketing of safer products that could more effectively displace cigarettes’. Prominent conservative peer Baron Martin Callanan took advantage of Brexit to demonstrate the need that no smoking policy against e-cigarettes should be driven, if the government wishes to save lives.