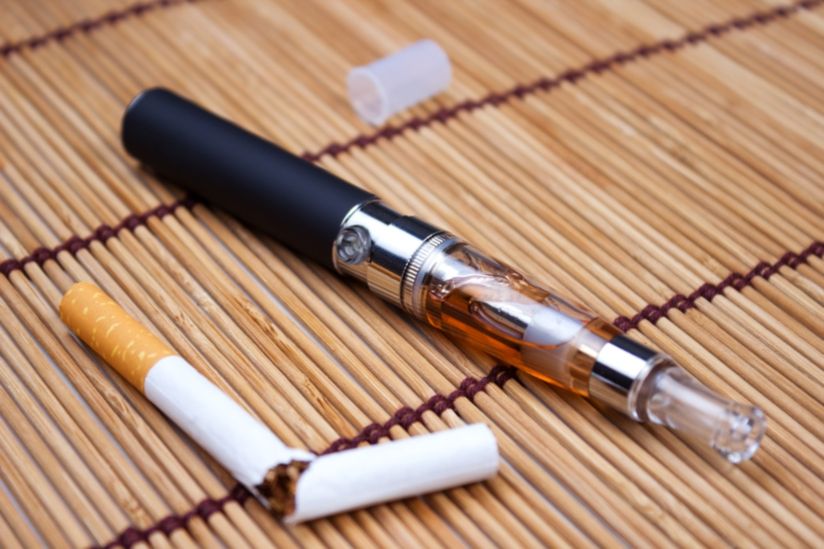 All who ever tried to give up smoking know that quitting is everything but easy. There are people who simply stopped smoking using nothing but will power. However, those who do so are a very tiny minority. The overwhelming majority of smokers need some sort of help to make an end to their unhealthy habit, usually in the form of nicotine gums or patches. But in recent years, many smokers have also been using e-cigarettes as an alternative to the traditional stop smoking aids.

Nicotine gums and patches are supposed to help smokers quit by releasing nicotine which in turn should alleviate nicotine cravings and most importantly, the urge to smoke a cigarette. However, neither cessation aid deals with the actual experience of smoking. Lighting the cigarette, inhaling and exhaling the smoke, and last but not the least, and perhaps the most important, the feeling of holding a cigarette in their hand. Despite that, smokers trying to quit with the aid of nicotine gums or patches are more likely to be successful than those using will power. But according to a study by researchers from the University College London which appeared in the Addictions journal, people using e-cigarettes are even more likely to succeed.

The researchers compared the success rate of nicotine gums and patches with that of e-cigarettes in individuals who tried to give up smoking without seeking professional help. Their study which included nearly 6,000 smokers found that that those who chose vaping over chewing a nicotine gum or putting on a nicotine patch are much more likely to stay away from cigarettes. 20 percent of surveyed vapers said they ceased smoking tobacco cigarettes as opposed to slightly above 10 percent of those who used the traditional stop smoking aids. Unsurprisingly, e-cigarettes were also found to be more effective than going it alone, with no form of help. According to the study’s authors, higher success rate among people who resorted to e-cigarettes is probably due to the fact that these vaping devices provide a “complete” experience of smoking without actually smoking. The researchers added that this reduces cravings not just for nicotine but for a cigarette as well.

The study on the addictiveness of nicotine containing products was originally published in the Drug and Alcohol Dependence journal and provides an additional argument to the initiative to offer e-cigarettes to smokers as a cessation aid. The NHS doesn’t oppose the initiative, admitting that e-cigarettes may indeed help. In January 2016, the British American Tobacco got the licence by the Medicines and Healthcare Products Regulatory Agency (MHRA) to market the e-Voke as a stop smoking aid but it may take some time for them to become available on prescription. So all who would like to use e-cigarettes as an alternative to nicotine gums and patches will have to buy them for now.