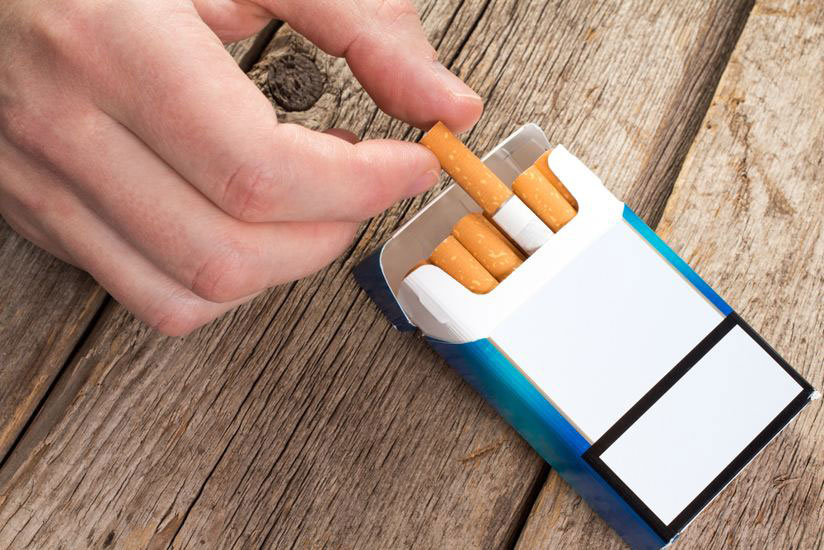 21 May 2017 is the official date in which new restrictions will be enforced on tobacco products. It’s been a number of months now since we started talking about the revised Tobacco Products Directive (TPD) which came into parliament debate in 2014. The directive is to come into full effect alongside the eagerly anticipated Standardised Packaging of Tobacco Product Regulations 2015.

Plain packaging was hot off yesterday’s press as the tobacco industry lost their fight to appeal against last November’s decision to introduce standardised plain packaging for cigarettes. The Supreme Court ruled in favour of all cigarettes to be in plain packaging, which will now be packaged in drab, dark brown packs, as well as the inclusion of graphic branding. The new packaging will remain the same shape, size and colour, and two thirds of the front and back will remain covered with pictorial health warnings to ward off smokers and to perhaps make the switch to ‘healthier’ alternatives. British American Tobacco, Imperial Brands, Japan Tobacco International and Philip Morris International claimed that the new law proposed was infringing on their human and intellectual property rights. Having refused permission for these tobacco product companies to appeal, the health secretary Jeremy Hunt has welcomed the Supreme Court’s decision by commenting that the ‘standardised packaging will cut smoking rates and reduce suffering, disease and avoidable deaths’. Currently, smoking is the number one preventable death related disease in the UK.

Currently, the UK is only the second country in the world to have implemented plain packaging, after Australia introduced the law in 2012. The UK are now top of the European League Table for tobacco policy.

“In the UK we have among the fastest declining smoking rates in the world thanks to decades of sound policy. We now lead the way in Europe. We must not rest on our achievements, though. The Government needs to publish a new tobacco control plan so we can capitalise on this unique moment.”

There has been an extraordinary level of public support for tobacco to be sold in plain packaging. A recent YouGov survey conducted in 2016, revealed that 61% of adults in the United Kingdom endorsed the plain packaging regulation, with the brand name to be printed in standard letting. Interestingly, a petty 10% only opposed it. Moreover, in Australia, a study had discovered that since standardised packaging was introduced, smokers’ who supported the new measure increased dramatically from 28% to 49% after its implementation.

So what exactly is to happen between now and May 21?

In the UK, tobacco companies will no longer be allowed to manufacture or import packs of cigarettes with the promotional features which are now banned. These tobacco companies have until 19 May 2017 to sell all old stock. In France, these old packs of cigarettes were required to be in a standardised packaging since January 2017. Ireland has a little longer, as all tobacco products manufactured for retail sale in Ireland must adhere to the new law from 30 September 2017.

And what else does the Tobacco Products Directive cover?