The Vaping Boom: Which UK Cities Are Endorsing the E-Cigarette Industry?

The Death of Cigarettes: The Facts

There’s no denying that smoking is less popular today for several reasons, just a few of these being: 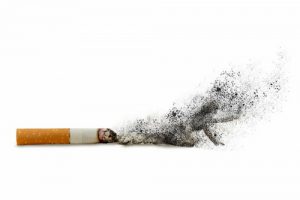 In 2015, 17 million admissions for conditions possibly caused by smoking were documented in hospitals; an average of 4.7 thousand admissions per day – 22% more than 10 years ago. The Health Survey for England estimates in 2014, a total of 78,000 deaths were attributable to smoking.

Fittingly, it has been reported that Britons are switching from cigarettes to electronic alternatives faster than anyone else in Europe – with one person making the switch from traditional to electronic cigarettes every four minutes.

New research by Vapourlites.com has found the UK cities blazing the trail for the e-cigarette industry are London, Birmingham, and Edinburgh.

The collated data was analyzed by counting the number of e-cigarette outlets within a 2-mile radius of the center of each city across the UK – highlighting which cities have chosen to embrace the vaping industry.

The sheer level of supply and demand in big cities like Edinburgh means that many people – varying in age, race and socio-economic status – can be catered to. There’s no lack or denial in terms of access. Ultimately, individuals based in cities where the e-cigarette business is booming are not limited. Cigarettes, therefore, do not exist as the only available option; rather, one of many – unlike in smaller, more restricted areas with far less demand.

This could be indicative of why the e-cigarette industry is booming in youth-heavy cities such as London, Birmingham, and Edinburgh specifically, where there is a strong market for the young and curious, seeking alternatives to smoking or the chance to sample something new.

Appropriately, Zoopla recently identified a list of ‘hipster hotspots’ showcasing the areas in the UK with a dramatic house price leap, which may indicate where young adults are flocking to. Interestingly, all three of the cities with the largest number of vaping outlets feature in the list – with London at number one, Birmingham third and Edinburgh topping off the list at number ten. All three cities also feature in the Independent’s ‘Top 20’ cities for the young; echoing the sentiment that an abundance of vape shops and cafes is a definite matter of supply and demand

The Vaping Boom – A Movement Set Alight by the Young

It’s plain to see that over the past five years, smoking has become decidedly less common – and popular – across all ages. Perhaps surprisingly, the biggest decrease has been observed in those aged 18–24 years. In 2015, of those aged 18 years and above 17.2% smoked cigarettes in the UK. This proportion is statistically lower than the 20.1% of those who smoked in 2010.

Yet, maybe it’s not so surprising after all – just indicative of a change in attitude toward smoking culture. Today, 18–24-year-olds are growing up in a hyper-modern world, with a focus on health, lifestyle and ‘experience.’ In the days of green juice, sports luxe and Pilates: there’s simply no place for cigarettes among today’s youth. Ultimately, it’s no longer ‘cool’ and it’s no longer current.

Instead, the young are open to alternatives better suited to the modern age and modern attitude; the e-cigarette business being a prime example. With recent figures indicating that the 18–24 year olds hold the highest percentage of ‘tried and tested’ e-cigarette use – with over 30% having tried at least one e-cigarette.

The E-Cigarette Industry – More Than a Trend

Further ONS research stipulates that the age group with the highest full-time e-cigarette use is 35–49-year-olds. This could be due to a variety of reasons. Older smokers may have been smoking for many years and therefore are more likely to need help quitting; seeking the use of a consistent, ‘stop-smoking’ aid, such as an e-cigarette, to help them make and maintain the switch.  Indeed, recent figures suggest, of those aged 60 years and above 77.9% had quit smoking altogether.

Evidently, vaping is a crucial – and highly effective – tool; one that has contributed heavily to the decline of smoking and cigarettes overall. Vapourlites director, Charles Bloom comments:

“There’s no question that the e-cigarette industry is forging its place within the British market. The example set by London, Birmingham and Edinburgh proves there is an audience for electronic alternatives – particularly regarding those struggling with addiction. Each vaping outlet will offer consumers a way to cope and make a positive change and hopefully, over time many more cities across the UK will follow suit.”