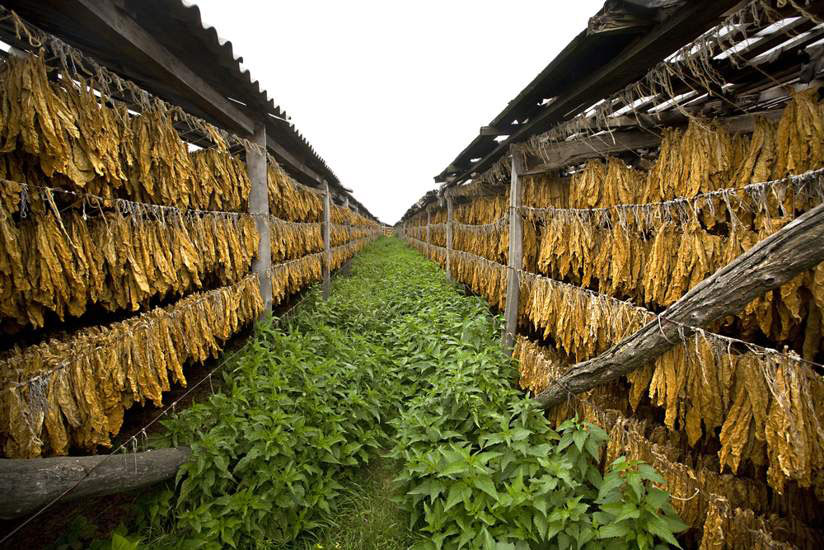 Tobacco is the leading cause of preventable deaths worldwide; it causes around 6 million deaths each year alone, which is more than the entire population of Denmark. Campaigns often focus on the harm of smoking to individuals; causing cancers and respiratory illnesses in particular, however, there are many dark sides to smoking that go right back to the tobacco farms and cultivation process. Tobacco cultivation causes an irreversible damage to the environment,  and causes communities to starve, forcing children as young as 8 to work.

Here we look at the many detrimental factors of tobacco cultivation.

12 of the top 25 tobacco producing countries are newly developing countries and have high levels of under-nourished people. The cultivation of tobacco does nothing to aid the economies of these countries. It does the opposite; pushing people further into poverty, with no way out. Tobacco cultivation was once carried out by relatively rich countries, but it is now shifting to poorer countries.

The impact on world hunger is shocking. Tobacco is planted in fields which could otherwise be used for farming. In fact, 5.3 million hectares of land that are suitable for farming are being used for tobacco cultivation (that’s 5.3 million football pitches) and the number has gone up by 200,000 hectares each YEAR alone.

What’s worse, is that tobacco farming causes soil degradation, which means that once it’s used for tobacco, it is unusable for other crops. On top of that, the soil is also prone to wind and water erosion.

The land being used could feed between 10 and 20 million people. Considering 20 million people is equal to one THIRD of the UK’s population – that is an enormous amount of people who are suffering.

The top tobacco producing countries are China, Brazil, India, USA and Indonesia. All of these countries have been subject to controversies surrounding child labour.

The US, an extremely powerful nation has also come under fire from the Human Rights Watch. It found that several US companies were employing young people under 16, even as young as eight to work in tobacco fields. Some of these young people were working very long hours (up to 60 per week), and many were suffering from symptoms of acute nicotine poisoning.

For these individuals, hours are long, shelter is scarce and children are forced to use heavy and dangerous machinery, without proper protective equipment.

Several companies were lead to restrict children under 16 from working, and were forced to evaluate the conditions they were working under. However, gaps in policy lead to many 16 and 17 year olds still working under tough, unregulated conditions.

As well as the tough gruelling labour of working in the fields, children are also more vulnerable to tobacco and pesticide poisoning.

Tobacco poisoning is extremely harmful; it causes yellowing to the skin, coughing, nausea, dizziness and vomiting, as the nicotine enters the body through the skin. Even with gloves, long exposure to nicotine does the body no good, even though it is not being smoked.

Tobacco requires a lot of agrochemicals to ward off pests and diseases, which can also cause a number of side effects when breathed in all day long, or when coming into contact with skin. Tobacco ranks 6th among the worst agricultural trade goods in the amount of pesticides per acre.

Thankfully, the demand for tobacco has dropped in the UK, with only 16.5% of the population smoking, and an increasing number of smokers are turning to vaping to assist with cessation.

The decrease is also occurring in the US and much of Europe. However, in other parts of the world, smoking is on the rise.

But with growing human rights worries, concerns over poverty and the environmental impacts, discussions are arising over economically sustainable alternatives to growing tobacco, with reforestation schemes, organically grown crops and more stringent policy over child labour coming to the forefront of policy.

However, we still have a long way to go. Governmental and international support is required to break the poverty cycles resulting from tobacco cultivation.