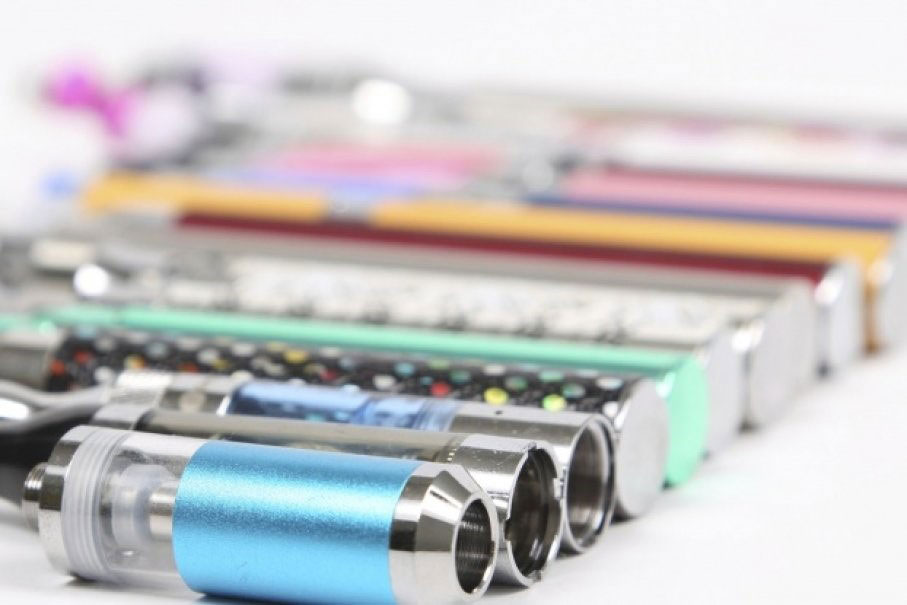 Box mods and vaping pens offer a blank canvas for the arty amongst us to add some fun and arty designs! They are a brilliant way to stand out from the crowd, so why not get your creative hat on and get doodling? There are plenty of sites on the internet that allow for you to submit your own artwork. If you’re not a dab hand at creating colourful and imaginative designs, don’t worry, we’ve got your back! Below are a selection of some of the best vaping wraps that are available to purchase online.

For the girly-girl, this pretty flower deign makes for an attractive wrap. The light and bright colours offer a summery feel to this sticker’s design and is sure to give you that happy buzz when you have your vaping break!

This Game of Thrones (or Game of Ohms, as we like to call it in the industry!) design features the sigil of House Stark, one of the most popular families in the television and book series. With this design, you’re sure to feel like the big bad ‘dire’ wolf!

Marvel fans will love this Captain America design. Other available box mod wraps / skins that have Marvel designs include the characters, The Hulk, Thor, Spiderman and Iron Man. DC fans needn’t worry though, Batman and Superman wraps are also available from many online stores.

For some fans, it would appear a box mod or vape pen wrap is not enough to fully embrace their love of superheroes. This gentleman, who bears some resemblance to the character, Thor, went the whole hog and customised his vaping pen to look like Thor’s hammer.

Somewhere, over the rainbow…

For those who love a bit of colour in their life, this wrap is for you! The metallic rainbow colour gives the vaping pen a unique and fun look. Moving the vaping pen in different lights allows for different colours to be featured.

Storm Troopers are definitely rising in popularity following their recent appearance in Britain’s Got Talent and in Star Wars ‘The Force Awakens.’ Now, they are featured, using a variety of designs, on box mods. Other Star Wars designs are also available, as well as galaxy wraps and other such skins.
Others have been more innovative still, adding gems, glitter and accessories to their box mods and pens. However, we would urge caution before excessively modifying your device. Vaping wraps, stickers and skins are a brilliant way of personalising your device and offer a way to display a touch of your character too! As a relatively cheap accessory, you can afford to change them every-so-often, so that you never tire of a certain design.
Feature Image: Credit to istock /health.howstuffworks.com