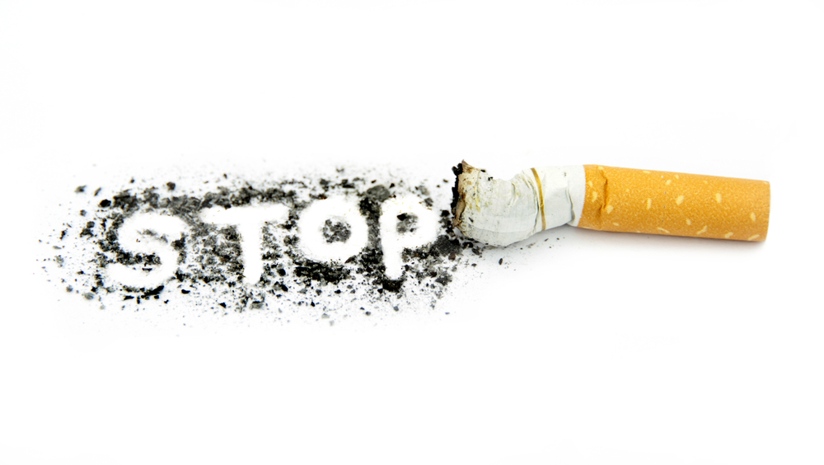 ‘Stop for 28 days and you’re five times more likely to quit’, is the ever-successful motto of Stoptober; a campaign by Public Health England that has helped smokers change their lives forever. Stoptober is in its fifth year and continues to encourage the nation’s 7 million smokers to quit; a figure the team are determined to reduce.

Starting from October 1, for 28 days, smokers have the unique opportunity to quit with the help of the community, joining the 15 million people who have already ditched the life-threatening habit. In 2015, out of a total 2.5 million smokers, who made the attempt to quit cigarettes over the month, 500,000 (20%) were successful in their bid to quit; the highest recorded success rate. When you compare it six years ago, the success rate was 13.6%. Professor Kevin Fenton, National Director of Health and Wellbeing for PHE has commented: ‘while it is amazing that there are over twice as many ex-smokers as current smokers in England there are still over 7 million people regularly lighting up’.

And the figures in relation to Stoptober are not limited to the month of October. Last year, just over one million people (1,027,000) used an e-cigarette as a new cessation method to help assist with quitting smoking, whilst 700,000 used an alternative nicotine replacement product, such as a gum and patches. Interestingly, despite the rise of e-cigarettes and other nicotine replacement therapies which can be purchased at local pharmacies, 350,000 people have continued to visit their stop smoking services across the country in 2015. More importantly, the number of cigarettes purchased has dropped by 20% in two years, according to the latest figures published by Nielsen.

‘While we know that quitting smoking is not easy, this Stoptober is a perfect time to try again. The best thing a smoker can do for their health is to stop smoking. There is more help and support available now than ever before. The introduction of standardised packs removes the glamorous branding and brings health warnings to the fore and e-cigarettes, which many smokers find helpful for quitting, are now regulated to assure their safety and quality.’

Stoptober couldn’t have been more perfectly timed, as latest figures emphasise the smoking rate in England has fallen to below 17% for the very fist time. The South West had notably the strongest drop in smoking prevalence; from 18.7% to 15.5%. The North East had a noticeable drop from 22% to 18.7% and Yorkshire and Humber saw a decline of 3.3%, from 21.9% to 18.6%.

Ex-England cricketer Phil Tufnell, is hoping to ditch the habit this October. He comments:

‘I’m really pleased to be supporting Stoptober this year. I have smoked pretty steadily since I was a teenager, even through my cricket career. I have tried to give up before and know how tough it is, but I am going to try and quit again from 1 October.

Even if you have tried quitting before like me and failed, just give it another go and keep trying. The more you try to quit the more likely you are to get there. Stoptober is here to help, so let’s try and get through to 28 days without a fag by taking it one day at a time.’

With Stoptober looming, Action on Smoking and Health (ASH), has upped their campaigns against smoking in the UK. The latest in their campaign trail is calling on more mass media campaigns to help smokers quit. The government has been urged to increase the frequency and the amount of money provided to spend when developing stop smoking campaigns. Chief executive of ASH, Deborah Arnott has added:

‘ASH strongly supports Stoptober which provides the support and encouragement that we know most smokers need to help them stop.  However, we are very concerned about the recent announcement by the Health Minister in the Lords that funding for mass campaigns like Stoptober has been cut again this year. The evidence is clear, to be successful mass media campaigns need to run throughout the year; Stoptober alone is not enough.’

Significantly, there has been a parliamentary debate, regarding the amount of money provided for media campaigns to help smokers quit. Since 2008, the expenditure allocated for stop smoking media campaigns has dramatically declined; from £23.38 million to £5.3 million in 2015-16, which ASH claim is not enough. ASH has also urged the government to publish as soon as possible the new Tobacco Control Plan which expired at the end of 2015.

So if you’re on the fence and finding it difficult quit, perhaps considering to register your interest to Stoptober and your life may change in a flash.