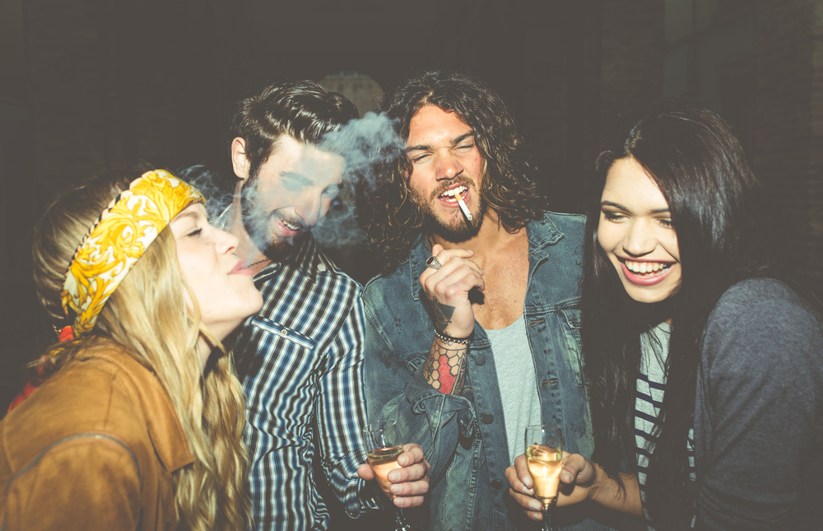 Although only 15.5% of the British population identify themselves as a smoker, a larger number of Brits claim they like to smoke from time to time, without necessarily becoming addicted to cigarettes, or labelling themselves as a full-time smoker.

This category of smokers is labelled ‘social smokers’ and the majority of these individuals don’t have the desire to smoke alone, rather they feel more comfortable doing it whilst out with friends, in a particular environment.

Who socially smokes the most?

We at Vapourlites carried out a survey of 1,615 Brits, ranging from 18–45 to discover which demographics socially smoke the most, and for what reasons they do it.

Of those surveyed, almost a quarter labelled themselves as social smokers (24%), however ‘social smoking’ meant different things to different people, with frequency of social smoking varying substantially, making the term difficult to define.

It was mainly reported by young people aged 18-25 and was interestingly almost equal among males and females, at 48% and 52% respectively.

The average smoker smokes 11 cigarettes per day, as found by NHS Digital. In contrast, among social smokers this number is a lot lower. The majority of social smokers (38%) only do it very occasionally, between once and twice a month, 36% smoke less than once a month, 15% smoke more than three times a week and 11% smoke regularly (at more than a couple of times a week). 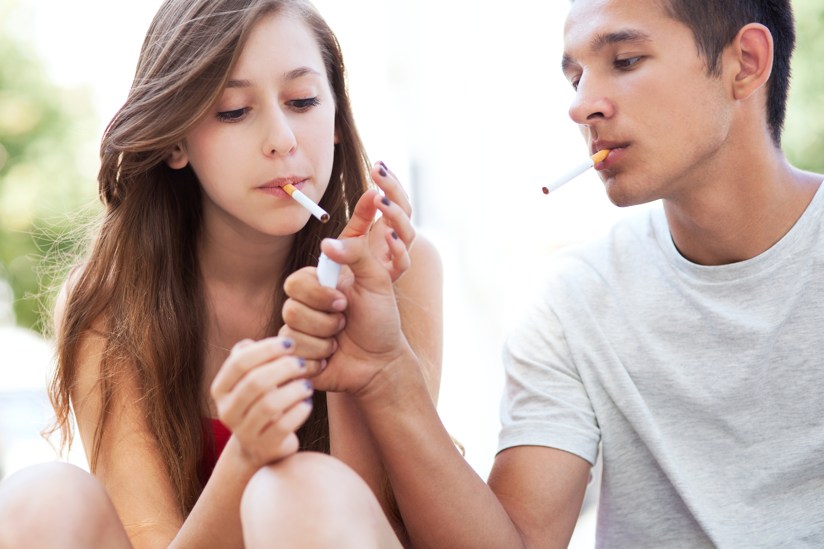 Why do people socially smoke?

The survey revealed that the most frequently reported reasons for socially smoking were:

Enjoying the effects of cigarettes (42%). Smoking can cause the user to feel lightheaded; the ‘rush’ a lot of smokers enjoy. This is due to the fact nicotine halts the oxygen supply to the brain. It also releases the neurotransmitter dopamine with a puff, known as the ‘feel-good’ hormone. This contributes to the relaxing feel of smoking.

If all my friends are smoking, I don’t like to be the odd one out (19%). Social smoking is something that is partaken in a group setting. In a group, people are generally more likely to engage in behaviours of that group, that they would not engage in by themselves. Conformity is more likely to occur, particularly in a larger group, and where the group is agreeing unanimously (in this case, seeing smoking as acceptable behaviour, at least in the context of socialising).

People might therefore choose to smoke with peers because they seek acceptance and aim to establish a social identity within the group.

Interestingly, the results had shown that more women cited reasons for socially smoking as a fear of being left out, not wanting to be the only one smoking and wanting an excuse to go outside. Men, in contrast ‘enjoy the effects of cigarettes’ and more male respondents claimed ‘it makes me feel more drunk’.

Vapourlites asked the respondents for reasons as to why they only socially smoke, rather than regularly. The majority (67%) answered it is was due to their health; knowing that smoking is dangerous. Followed closely after was the expense of smoking (17%), and after that 11% stated that smoking does not appeal to them when they are sober and 4% answered that they don’t smoke regularly because of social disapproval.

“I will have a cigarette most times I go out, especially if I’m with my friends who smoke and we end up in the smoking area. There’s always a friendly vibe and it’s an area you can actually hear people to have a proper chat.

You often get offered a cigarette and in that kind of environment it’s hard to turn down. You don’t want to be the only one not smoking and because you’ve been drinking, you don’t think about the risks, you think one won’t hurt. It’s funny because any other time I don’t like even the smell of cigarette smoke, but when I’m out I don’t seem to mind.” 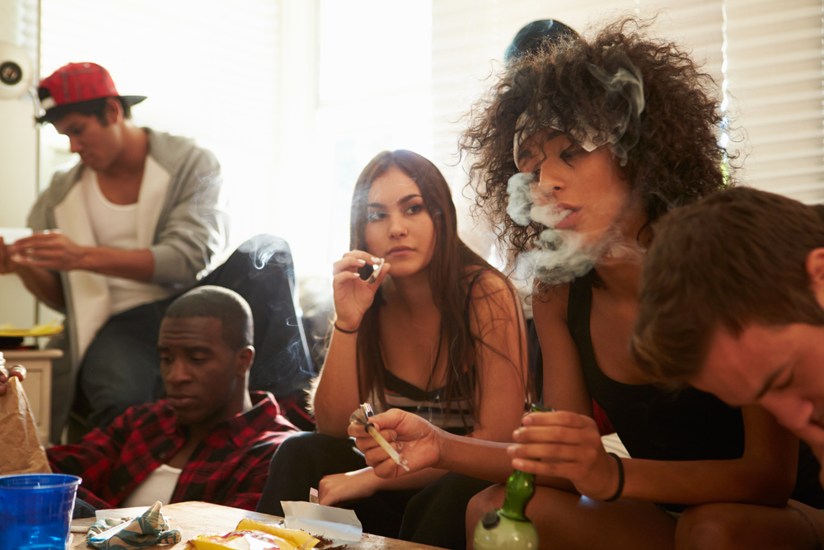 Is it as harmful as regular smoking?

The overwhelming majority of social smokers stated they don’t smoke regularly because it is bad for their health, which points to the fact they believe social smoking is not as harmful, but how true is this?

Social smokers may feel that social smoking isn’t harming them as they only smoke very occasionally, however, even the odd cigarette is destructive and opens up the risk of addiction.

Just one cigarettes causes the body work harder to get oxygen to the muscles and organs. It causes the heart rate and blood pressure to increase and slows circulation. Furthermore, it reduces lung capacity.

Social smoking as a behavioural addiction

Katherine Shipman, a psychologist who has researched social smoking states that social smokers aren’t necessarily addicted to nicotine, but the act of smoking. “Social smokers aren’t using nicotine to avoid withdrawal symptoms, but instead for the psychoactive effects; the ritual, the sensation of the smoke and the high nicotine provides”.

Similarly, Robert West, an expert on smoking from UCL comments: “One way addiction works is by forming an association between situations where a person would typically smoke, which then creates the impulse to smoke when they find themselves in that situation again. A lot of daily smokers report very strong situational cravings.”

This means that social smokers could be addicted to smoking, albeit, in a very different way. They do not crave the chemical nicotine, but when are out socialising with friends, crave the ritual of smoking a cigarette. 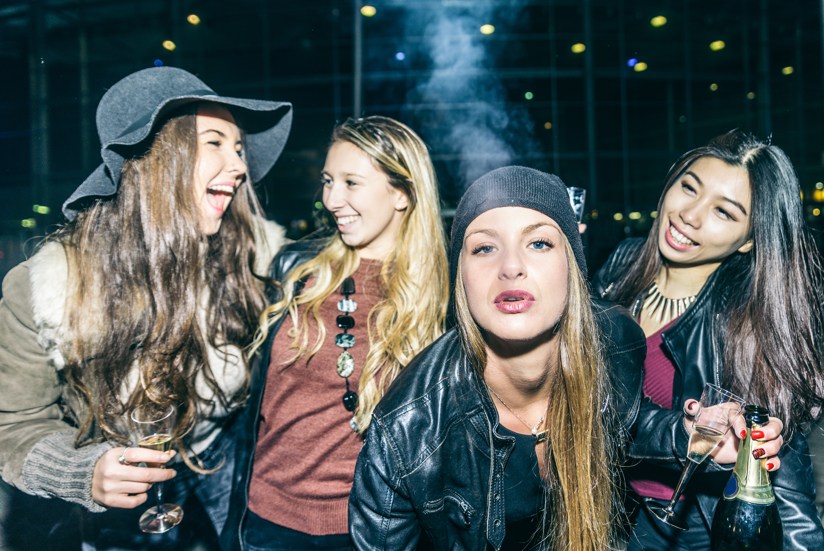 It has become clear, social smoking is fairly common among Brits. The majority see smoking as harmful, and would not do it regularly, but don’t view occasional smoking with friends as an issue. However, the more smoking is stigmatised and with the continued drop in regular smoking, we will most likely see a drop in the numbers of social smokers, as smoking loses its once ‘cool’ and glamorous image.