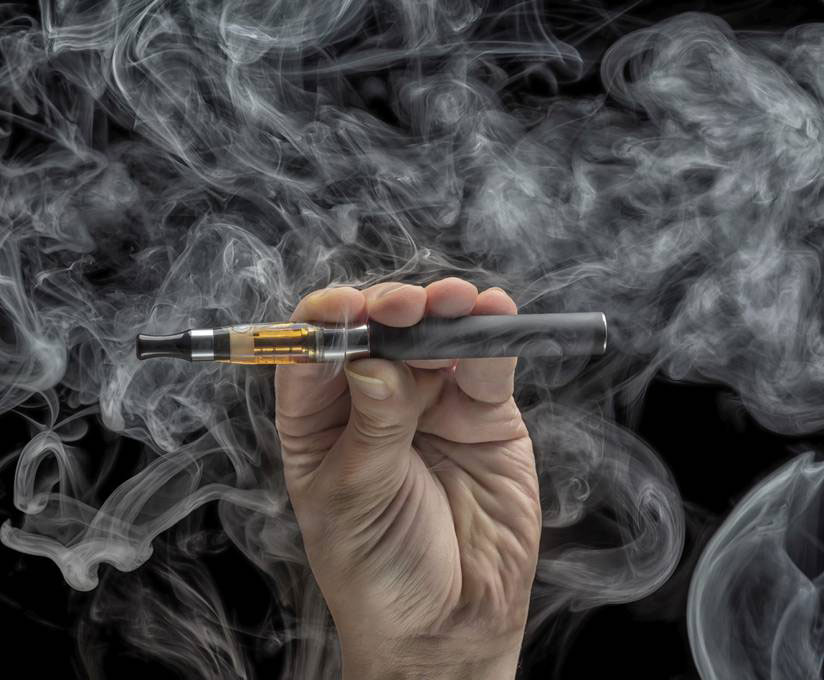 There’s no denying, vaping is taking off – and in a big way. There are 2.1 million vapers in the UK alone, and this number is steadily rising as numerous smokers are desperate to quit the death sticks and turn to vape pens as a substitute.

But is vaping really a healthy, viable alternative? We conducted a study whereby 5 smokers switched to vaping for 8 weeks and recorded alterations in lung capacity, general health and fitness, mood, cravings and lifestyle changes in general.

In our study, we asked five participants aged 21-41 to attempt to give up smoking using e-cigarettes as an alternative method. They were given the Vapourlites starter kit eGo 650 Electronic Cigarette Starter Kit with tobacco and menthol based e-liquids. Each participant’s package was catered to their smoking habits; how many cigarettes they smoke a day, menthol or tobacco and what brand they typically smoked. We wanted to ascertain whether our participants noticed physical changes such as eating, sleeping, cravings and changes to their social life.

We carried out a number of tests before each participant could partake in the study. We gathered data for their age, height and weight and took their blood pressure three times. We also did a spirometer test, inputting the data of each personal participant to ensure test results were as accurate as possible. We measured The Forced vital capacity (FVC) of the lung, which is the volume of air that can be forcibly expelled from the lung from the maximum inspiration to the maximum expiration. The FEV1; Forced expiratory volume in 1 second is the volume of air that can be expelled from maximum inspiration in the first second. We asked participants to repeat the spirometer test three times which produced three varied results calculating the FEV1/FVC ratio. Most of our participants were smoking between 10-15 cigarettes a day. In adults, the ratio generally declines with age and should be approximately 70-85%. Jester suffered from asthma and COPD from a relatively young age and therefore his FEV results were extremely low due an increased airway resistance to expiratory flow. Jester’s average FEV result was 3.59 and was predicted to achieve 4.57. His overall percentage for FEV results were 78% and considered ‘low’. Jester had the lowest FEV1/FVC ration, with other participants achieving ‘normal’ results between 80-90%.

The spirometry test was also repeated at the end of the study and the results of all five participants are as follows:

By the end of our study, Jester had said ‘It has been a great wake up-call to see how easy it was to quit the habit of over 30 years’. We couldn’t have asked for better results – not only have all five participants kicked the habit, but Vince has quit vaping altogether to minimise his chances of smoking again.

By the end of the study, Katie had told us that vaping has helped improve her overall health. As one our youngest participants (21 years), Katie has been smoking on a daily basis around 10-12 a day. Over the eight weeks, she no longer awakens in the middle of the night with a ‘smokers cough’ and has noticed that when doing simple exercises such as walking to the shops or walking up a flight of stairs, she doesn’t lose her breathe as much as she used to. Currently vaping 4mg of nicotine, Katie doesn’t quite feel ready to decrease to 0mg, however she is less inclined to purchase cigarettes as the taste of a cigarette now makes her feel sick. Katie also noted her hair no longer smells of smoke and her fingernails no longer have a yellow tinge. Jade experienced dental improvements as her teeth whitened naturally as she was no longer exposing her teeth to the toxic chemicals and yellowing agents contained in cigarettes.
Gideon found himself at the end of week 7 increasing the distance of his weekly runs. He comments: ‘I was running around 7km, three times a week and has increased this to 8-9km which has felt rather easy.’

Jester had shown a substantial increase in fitness. At the age of 41, Jester had smoked 15-20 Marlborough red’s a day and was determined to give up smoking due to health reasons. Albeit, at the beginning of the study, Jester didn’t have too much faith in vaping and saw it as a hobby. Only a few weeks later, Jester asserts ‘I now breath better, don’t have the bad smell of smoke on my clothes and I have a much better outlook on life. I get out more, and train more, with a much better sense of taste and smell than I remember.’ The physical and mental changes were noteworthy as those around him saw an increase in positivity and not to mention he also dropped a waist size. Similarly to Katie, Jester experienced some issues with sleeping but noticed he did not wake up coughing and hasn’t needed to use his inhaler as much as he used to. Jade, Gideon, Katie and Jester are all using 4mg of nicotine and wish to drop down in the next few weeks.

Since commencing the vaping study and quitting cigarettes, our participants reported quite considerable changes in eating habits and cravings for food.
Katie experienced a huge loss of appetite in the first two weeks of the study, and continued to have a reduced appetite at regular intervals throughout the study. Katie found herself missing cigarettes more than she craved food. Vince didn’t experience a loss of appetite but his eating habits did change; he craved junk food less and found it much easier to eat a healthy diet. Towards the second half of the study he had an increased appetite, but it was more nutritious, than the usual Pringles he used to snack on whilst smoking. At the beginning of the study, Jade found herself craving chocolate and snacks during the day but as the study continued, her appetite changed and she turned her eye to healthier foods. Again, Jester felt a slight increase in his appetite towards the beginning of the study, but it soon settled down. Gideon found his level of snacking increased considerably throughout the study as he was unable to take vaping breaks as often as he would have liked. However, his taste buds and sense of smell has drastically improved and feels he enjoys meals more than he used to.

Excluding one anomaly, four out of five participants had increased appetites and were snacking more at the beginning of the study. Snacking seems to have filled the desire to smoke and instead distract them from taking a break.

Social habits of participants were affected both at work and in their leisure time. Jester and Katie – both of which work in pubs – explained that going out for smoking breaks was a regular part of their routine which they did miss, but they substituted smoking breaks for vaping breaks. Gideon however, felt less inclined to take a vaping break and replaced smoking breaks with snacks.

Jade started a new job mid-way through the study, going from a pub environment to a school. She told us that this meant she couldn’t go out for as many smoking breaks, and also couldn’t vape indoors. Since she wasn’t around vapers/smokers in the pub, coupled with the fact that she was busy in her new job and didn’t want to be seen smoking or vaping in front of the children, she found she was vaping less and her cravings for cigarettes were decreasing.
Drinking alcohol was undeniably a factor which affected vaping habits; Both Gideon and Katie reported that they found it particularly hard not to smoke when they were drinking alcohol.

Those who had friends who were smokers found it difficult to be resist. Katie, Jade and Gideon all stated that although it was hard to vape around friends who were smoking, their friends were all very supportive and encouraged them not to give in.
Vince reported no changes in his social life, apart from the fact he was better off financially due to not having to buy cigarettes.

Overall, most participants found the transition from taking smoking breaks to vaping breaks quite easy, and successfully continued with social activities as normal and avoided smoking – even when tempted by being around smokers.

It’s quite clear that one’s journey from smoking to vaping; be it a small or large sample has proven there to be significantly positive changes in more ways than one. From mental, physical and social changes, the use of e-cigarettes has provided ex-smokers with an alternative method for quitting smoking like no other.

Though five participants is a small representation of those who smoke, our participants represent the 2.1million e-cigarette users in the UK alone, demonstrating that ecigs are 95% less harmful than cigarettes! Bogus studies have been conducted to deter members of health officials away from this miracle, we call a vaping revolution. E-cigarettes have been placed under an umbrella of tobacco-contained products and have had a great big question mark against its name.

What our study has done is prove there to be radical changes to the health of ex-smokers and a real opportunity to quit smoking for good. We have taken it into our own hands to conduct a survey and a real-life study to truly break-down some absurd headlines we have heard in recent months surrounding the industry. In the period of 8 weeks, our ex-smokers have successfully managed to cut down smoking as much as possible, with one participant quitting vaping altogether. With results highlighting a change to their overall lung health and their blood oxygen levels, there is no doubt in our minds that vaping is to be applauded as a trustworthy method to prolong your life in more ways than imaginable!

Special thanks to the 5 participants of this study which was carried out by Reboot Online Marketing on behalf of Vapourlites.com. We wish you the best of luck in your vaping journey!