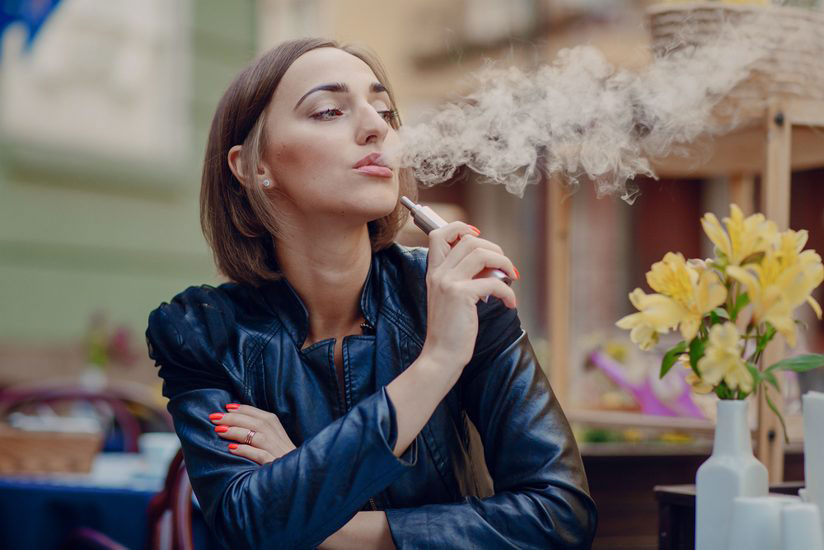 May 2016, a report was published by Ernst & Young who were commissioned by Nicoventures Holdings Limited, who are wholly owned by British American Tobacco Plc to report on trends in the e-cigarette market which has become an unprecedented industry to compete with. The report entitled: E-cigarettes: An emerging category was made to identity the changes to the industry since e-cigarettes were first imported into the Europe and The United States between 2006 and 2007. Since then, the market has rapidly increased in size, revenue and popularity as a means to quit smoking.

Ernst & Young (EY) were accountable for putting together the data which was collected in the form of a survey from Nicoventures. The survey was conducted in 2013, 2014 and 2015 and was performed in seven countries; UK, France, Germany, Italy, Poland, Russia and South Korea. All seven countries collectively accounted for 75% of global e-cigarette consumer price turnover. The survey was created using an online panel in each country to assess a number of variables for the industry. The target age group was adults in the age group of 18-64 years. The data was heavily weighted on age, gender and whether the adult was a smoker/non-smoker. For each country, around 2000 adults were sampled to identify their interaction with the e-cigarette market.

The e-cigarette industry for the purpose of the report was separated into three parts; disposable, rechargeable and modular. The report found a number of a key findings which represents a diverse and dynamic industry that is strengthening year on year. The survey had found that the number of e-cigarette users in the seven countries surveyed had increased from 2.8million in 2013 to 5.1million in 2015; a substantial increase of 86%. Interesting to note, the number of adult e-cigarette users is equivalent to 20% of the combustible tobacco market in the UK. The survey had revealed what everyone had suspected of the industry; the number of e-cigarette users were that of ex-smokers (37% in 2015); an increase from 31% in 2013. Another key finding was that consumers were demanding more from the market and a wider variety in nicotine strengths and flavours. The survey had found that 16% of users had opted for nicotine-free e-liquids, whilst tobacco was noted to be the most popular choice for ex-smokers to vape with and accounted for 28% of usage. Unsurprisingly, fruity and botanical flavours were less popular at 23%.

A common taboo regarding the e-cigarette industry is that e-cigarettes and vaping devices are no less harmful than smoking. However, many reports conducted by medical organisations such as Public Health England and Royal College of Physicians have struck back and convinced the general public of the healthier alternative e-cigarettes bring to ex-smokers. The survey conducted had found that in three out of seven countries (Germany, Italy and Russia), cited the foremost reason for taking up vaping is that they are less harmful than cigarettes. In the UK, South Korea and Poland, this was one of the top three reasons for taking up e-cigarettes.

So how many adults across seven key countries actually use e-cigarettes?

Despite, the number of e-cigarette users, equivalent to 20% of the UK combustible tobacco market and 12% in France, the survey revealed the countries that had the highest number of smokers, did not necessarily equate to a large population of e-cigarette users. For example, Russia had the highest level of tobacco smoking (39%), yet the number of those who decided to vape as an aid to quit smoking was the second lowest at 1%.

Of those who vape, what is the demand for more flavours and what are the most popular strengths?

Consumer preferences seem to leading the e-cigarette market and an extensive range of flavours and strengths are available. However, each country has distinguished differences between what is most popular and what is available to purchase. Tobacco, is considered to be the leader of e-liquid flavours. For many ex-smokers who begin to use vaping devices and e-cigarettes reach to the flavour that reminds them of their smoking days. Tobacco flavoured e-liquid is one way of helping smokers quit, by providing them with an adequate alternative to smoking, without the harmful substances that are contained in a single cigarette. In 2015, the survey found that 28% of all users in all seven countries turned to tobacco e-liquid as their preferred choice of flavour. Tobacco flavoured e-liquids are most popular in France at 34%, followed by the UK and Germany at 30%. Interestingly, botanical flavours were the second most popular e-liquid flavour, with Poland leading with 26%.

When surveying the seven countries as to how much nicotine is available and the most popular when vaping, it was found that in 2015, the most commonly purchased strength was between 1-11mg (73%). Italy had the highest number of e-cigarette users who did not have any nicotine in their e-cigarettes.