Mixing your own e-liquid 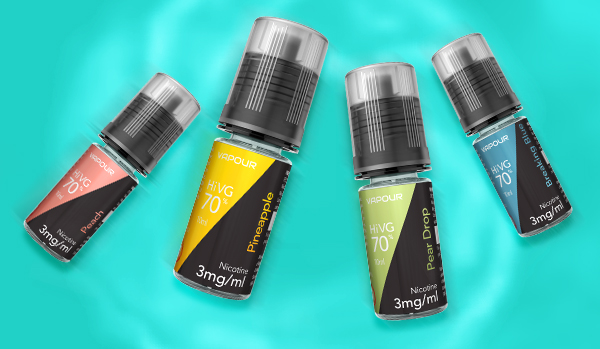 As the world of vaping matures, a smaller and smaller proportion of people who vape are considered ‘new’. For sure, there are still a good deal of new vape users, but the numbers of old hands at vaping are growing and growing.

And with them, the insatiable vaping desire for newer and newer kicks. In the past, we’ve satisfied these cravings with bigger mods driving more powerful coils. We’ve pioneered nicotine salts to give us a more realistic nicotine hit. We’ve agonised over cotton and coils of different alloys; we’ve dripped and redripped, built and rebuilt. When we realised that we could rip the circuit out from between the power and the coil, we constructed mechanical mods to let loose the ohms of war. We’ve turned our vapes into highly-calibrated chucking machines, and we’ve been handsomely rewarded.

All of this is well and good, but it seems one-sided, somehow. Like in all things, there’s a yin and yang to the art of the vape setup. For all of the hardware that we’ve been modding and upgrading, it feels like we’ve forgotten about what we’re actually vaping: the e-liquid.

E-liquid has long been the domain of the professional manufacturer. With good reason, too—this is the stuff that we’re putting inside our bodies. We’ve been happy to let them sit in their glass-walled laboratories, mixing flavours and steeping tobacco leaves and curing compounds for two weeks in dark cupboards somewhere.

It’s turned out pretty well. The e-liquid market is arguably the most diverse, innovative part of the vaping industry as a whole. Alongside the multimillion-pound labs mixing thousands of gallons of affordable e-liquid to provide an alternative to tobacco, you’ll find startups from all over the globe producing niche flavours in small batches trying to help vape users scratch a very particular itch.

This is where mixing comes in.

A couple of ways to mix your own

Shortfills are a good start. The shortfill world is maybe even more diverse than the nicotine e-liquid world, simply because shortfill manufacturers don’t have to jump through the legislative hoops that come with selling nicotine. The ability to choose your own nicotine level is pretty handy as well.

Still, you’re stuck with whatever flavours you can purchase, and shortfilling tends to lean towards high-VG sub-ohming, so if you’re just looking for a tasty stealth vape, you’re out of luck.

On the other end of the spectrum are the tattooed DIY aficionados with the pipettes and the graduated cylinders and directions that read like something out of a chemistry textbook:

Mixing your own e-liquid with flavour concentrates, raw VG and PG, and freebase nicotine is probably the best way to find a new flavour. You can age your e-liquids and change your flavour concentrations to dial in what’s exactly perfect for you. It can be a hugely gratifying hobby for those with the time and attention for it.

But for many people it’s completely out of the question. Maybe you don’t have the money to pick up a bunch of mixing gear. Maybe you have children and you’re worried that they could get into the nicotine. Maybe you just don’t have the time. Ain’t nobody got time for that.

Most people who have been vaping for any period of time will know what nicotine level they need. People who are comfortable vaping 3 mg/ml aren’t going looking for 12 mg/ml. We stick with what we know. So being able to configure your nicotine concentration (à la shortfill) isn’t actually that useful; you’ll always be concentrating it to the same level.

But what if you could configure your flavours? Now, this is going to sound a little bit like some shameless self-promotions, and it sort of is, but bear with us.

Say you’re a huge fan of good ol’ Vapourlites Strawberry. Who isn’t. But you’re getting bored. Maybe you’re wandering over to the e-liquid picker to see what other strawberry flavours are on offer. They’ll differ: some will be harsher, some will be mellow; but they’re all going to be strawberry.

Here’s an alternative. Buy your standard strawberry. But take advantage of the wealth of single-note flavours we offer and buy yourself a pink lemonade as well. And when they get to you, mix them up, tattooed-aficionado-style.

Maybe wildberries are your thing instead. Mix strawberry with some cherry, blueberry, and a bit of grape. Vanilla Coke can be had by mixing vanilla pod with our new cola flavour. Or mix vanilla with peach for a juicy bowl of peaches and cream.

We could go on.

What’s great about this is that you can purchase the e-liquid that you want pre-mixed—no worrying about nicotine or flavour concentrations; the product is already right there. You’re not sacrificing flavour for higher nicotine levels. You’re not outside the rules of the TPD. You’re just mixing premade.

The point is that the intricately configured rig in your hand isn’t the whole of the story. There’s a world of one-note e-liquid flavours out there just begging to be messed with.

If you’re interested, head over to see our full line of one-note flavours. And keep an eye at Vapour.com for more news in the coming weeks on the mixing front.