How To Tell Your Friends You’re A Vaper 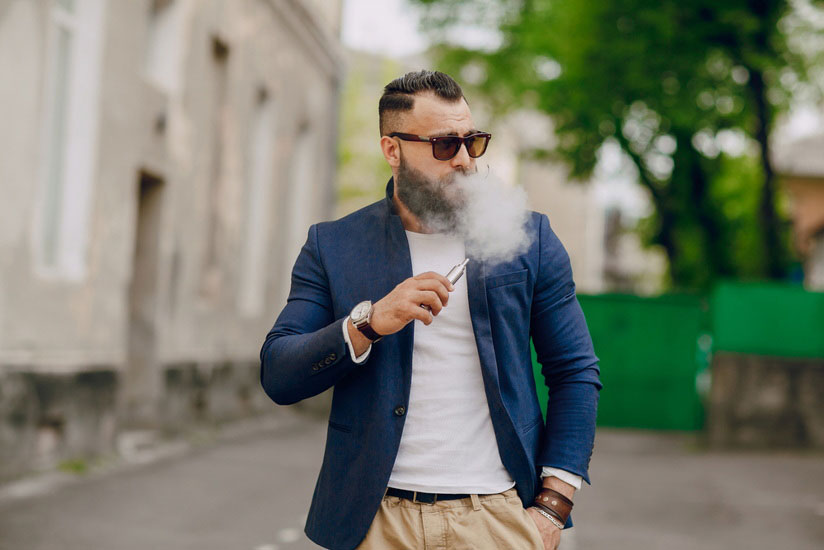 Closet vapers, if all your friends smoke, you may find it difficult to tell them you have switched to the light side, but be courageous and brandish your vape pen like a glowing blue lightsabre. They will have some predictable questions, but it’s okay we’ve premeditated any backlash you may get and come up with all the responses you need.

Hell no! Explain that vaping is certainly not as bad as smoking, with Public Health England confirming that using e-cigarettes is 95% safer than smoking cigarettes. Here’s some solid facts you can drop on their sceptical selves;

“Do you even know what chemicals are in e-liquid?”

We think this is the most ironic comment a smoker could possibly make. Your best response here, other than completely blanking them is to show you know there are five ingredients in e-liquid; water (that ‘toxic’ chemical), Propylene Glycol (which is used in cosmetics and toiletries to give liquids their gel-like consistency, approved safe for consumption by the FDA in America – not harmful), vegetable glycerine (a food additive), nicotine (commonly misunderstood as the harmful chemical in cigarettes, truly it has similar health effects as caffeine for you) and flavouring. That’s nothing in comparison to the hundreds of harmful chemicals in and produced by tobacco smoke.

“But what about Diacetyl? That’s really bad for you isn’t it”

Okay, so if your smoker friend is asking you this, then he knows more about vaping than he may be letting on, but you can answer this with ease. Diacetyl is indeed really bad for you. You don’t and we don’t disagree with anyone on that. But if you use Vapourlites e-liquids you can be certain they are diacetyl-free and, therefore your safe.

“But won’t it be worse for me if I take up vaping and continue smoking?”

Not if you are spending more time using e-cigarettes, where you would’ve been smoking. The less time you use smoking tobacco cigarettes the better it will be for you. For example, if you usually smoke 20 cigarettes a day, then you start vaping and only smoke 10 alongside your e-cigarette, you’ve cut down by half. So no, a lot of people cannot quit tobacco cigarettes straight away and dual-use is common.

“Isn’t the government trying to ban e-cigarettes? Why would they do that if they help people quit smoking?”

If your smoker friend is asking you this, then they are now seeing why vaping is a better option. And, they’re confused as to why some politicians would be lobbying to have e-cigarettes banned. You can tell them that e-cigarettes have been classed alongside cigarettes in the Tobacco Products Directive which came into force last month. Which of course is wrong, as you can tell them there is no tobacco in e-cigarettes. The directive was created by the EU, and this is a British implementation. Of course, if we leave the EU, perhaps Britain could create their own policy on e-cigarettes. Whether that would be for the benefit of the vaping community or not, remains to be seen. But it could be an opportunity to change it.