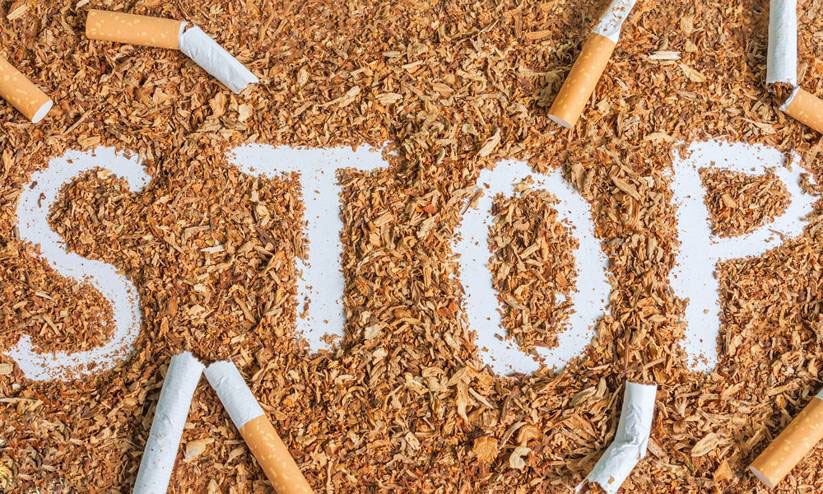 Action on Smoking and Health, also known as ASH has released their latest press release in advance of No Smoking Day which is taking place next Wednesday 8 March, stipulating their ‘Ditch or Switch’ campaign. Next Wednesday also happens to be Budget Day, where tobacco-related products will see a cost rise of at least 2% above inflation.

ASH wants the government to do more to help smokers quit and No Smoking Day is once way of incentivising the remaining 7.2 million smoking adults in England. ASH wants the government to publish a new tobacco control plan for England, as well as effective funding and mass media campaigns to encourage smokers to quit and to reconsider its decision not to proceed with a levy on tobacco manufacturers to pay for measures to help smokers quit. And with the urgency to prompt smokers to ditch the habit, ASH looked into how much quitting smoking could save an individual. Working on the premise that a 10 a day smoker could save £23.50 a week on cigarettes, an individual’s cost saved over the course of a year could be as much as £1,200.

Stop Smoking Services are emphasized as one of the best ways to quit the habit – where behavioral support, coaching and prescribed medication and or nicotine replacement therapy can be offered. ASH conducted an annual survey commissioned by Cancer Research UK assessing how much cessation budgets had been cut across local authorities. It was found that almost three in five authorities suffered severe cuts and 45% had cut budgets for other tobacco control work. And considering smoking rates have dramatically declined in England, among adults and children, this is hope to continue as by May 20, all cigarettes which are sold in the UK must adhere to standardised ‘plain’ packaging, including a message which will be displayed on the front that reads ‘get help to stop smoking at www.nhs.uk/quit’.

ASH is also a positive supporter for the endorsement of e-cigarettes as a means of switching, with the intention of giving up altogether. Smoking an e-cigarette, or vaping as it should be termed is dubbed 95% less harmful than cigarettes. And if we refer back to the cost saved from quitting smoking, the use of e-cigs are also saving smokers money in many ways. A prominent example comes from Leicester Stop Smoking Service report that had illustrated that smokers who had switched to vaping had saved up to 90% of the money they used for cigarettes. If you’re looking at potentially switching, before you can ditch the habit, a short film was put together by the National Centre for Smoking Cessation and Training which has been designed to help smokers consider the options when switching from smoking to vaping.

“Good stop smoking services, including medication and nicotine replacement products on prescription, are the best way to help a smoker who wants to quit. Electronic cigarettes can help people go smoke-free too, and can be important for preventing relapse to smoking. Many of our service users have done well with a combination of electronic cigarettes and traditional stop smoking products, along with the coaching we provide.”

“This year No Smoking Day takes place on the same day as the Budget statement. This would be an excellent moment for smokers to save themselves thousands of pounds and improve their health by quitting. People who stop smoking start to feel the benefits within days. Using a Stop Smoking Service gives you the best chance of success, but using electronic cigarettes can also be helpful.

“But the Government can’t leave it to individual smokers to try to quit on their own. We urgently need a new tobacco control plan for England, and proper funding for public health and for mass media campaigns. That’s essential if Theresa May’s Government is to live up to her promise to tackle health and social inequality.”