Did The Vaping Vote Decide The Referendum? 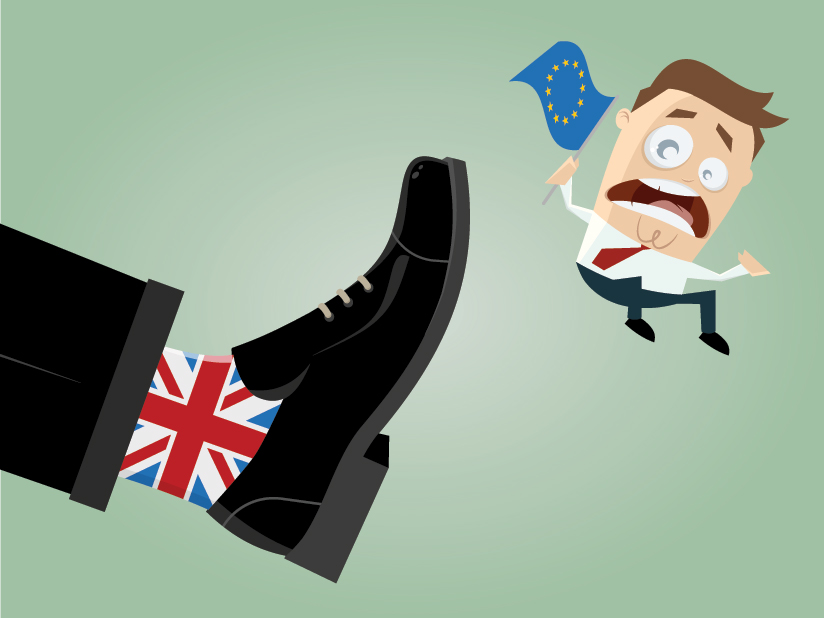 The referendum results are in, and the public have spoken out to leave the European Union. The polls showed 48% of the population voted to remain and 52% for leave, in a landmark result which has left most of the nation stunned. The value of the pound has also dropped by 10% in its biggest fall since 1985 in response to the result. Voting turnout was highest than any other election in previous years at 72.16% of the whole population. So did vapers really swing the vote?

There are an estimated 2.8 million vapers in the UK and it came down to a matter of just 1.3 million votes. Scotland, Northern Ireland and London voted unanimously in favour of remain, whereas all eight English regions outside the capital voted by majority for leave.

According to a survey conducted by Populus for Vape Club, 49% vapers intended to vote leave in favour of voting remain where just 40% of vapers had pledged to vote. This equated to 260,000 people, as an advantage for Brexit. 39% of those surveyed were angry with how the government handled EU regulations such as the TPD. It’s not unreasonable to think that from the result this was enough to push vapers towards voting leave.

When looking at the demographics of those who use e-cigarettes across the country the results do support the idea. We created an infographic earlier in the year to summarise data from Stop Smoking England, about the latest stop smoking statistics. Their report showed that only 19% of Londoners were using e-cigarettes as part of all quit attempts in the capital. And London voted unanimously for remain in the referendum. Whereas e-cigarettes were being used in 50% of all quit attempts in the North East and the North East unanimously voted for leave.

The West Midlands voted to leave by majority in all but one constituency; Warwick. And the statistics showed that e-cigarettes were being used in 32.1% of all quit attempts. In the North East all constituencies except Newcastle-upon-Tyne voted for Brexit which matches up with the figures of the highest concentrations of e-cigarettes users who might have voted leave. In the East of England where 43.8% of people attempting to quit were using e-cigarettes, every constituency except Cambridge, North Herts, Norwich and St Albans had the majority to vote for leave.

Many vapers were angry at how the British government handled EU regulations such as the TPD, in allowing e-cigarettes to be regulated in an unfair and restrictive way in May, earlier this year. And many of them may have thought that a vote for Brexit would have provided the opportunity to modify or repeal the TPD e-cig legislation. And it’s a fair view to hold, as the British government now acknowledges that e-cigarettes are at least 95% safer as an alternative to smoking. Further to that they have a fairly liberal view of e-cigs, and perhaps without EU governance Westminster will U-turn on the TPD. After all the EU is trying to outlaw the promotion and advertisement of e-cigarettes, so it wouldn’t make sense for our own government to not be allowed to promote and inform the public of a potentially life-saving solution because the EU made it illegal to advertise them.

However, in voting to leave the EU, and returning to self-governance, the UK will lose all influence with the European Union in terms of policy and legislation. Meaning gentler regulation of e-cigarettes in the EU is unlikely now, without pressure from the UK. This could affect the entire future of alternative harm reduction in the rest of Europe.

Clive Bates stated before the referendum that “revising e-cigarette law would be so low on a very long legislative list for post-Brexit Britain that the May 2021 deadline for revising the TPD at European level would probably come sooner.” He asserted that, in fact, staying in the EU would offer vapers in the UK a much better opportunity for changing vaping regulation quicker.

Whether vapers swung the vote or not is hard to tell, as the margin of victory for vote leave was 1.3 million, far more than the 260,000 vaping advantage that was estimated by Populus in their survey. The statistics on where the votes were won across the country tell an interesting story nevertheless. Suggesting vapers may have had more influence than anticipated.