Despite steady decline, British children still fall prey to the lure of cigarettes

Over the past few years, UK smoking rates have lowered across the board and today they continue to fall. Currently, 15.5% of adults in England smoke; down from 16.9% in 2015. However, smoking cigarettes retains prominence in several regions across the UK and affects people from all walks of life – including children.

NEW DATA released by NHS Digital (Statistics on Smoking, England 2017) reports 18% of secondary school pupils (aged 11–15 years) admit to having smoked at least one cigarette – in figures updated from 2014.

Continually, smoking prevalence in young people was found to increase with age; 35% of 15-year-olds having smoked a cigarette, compared to 4% of 11-year-olds. 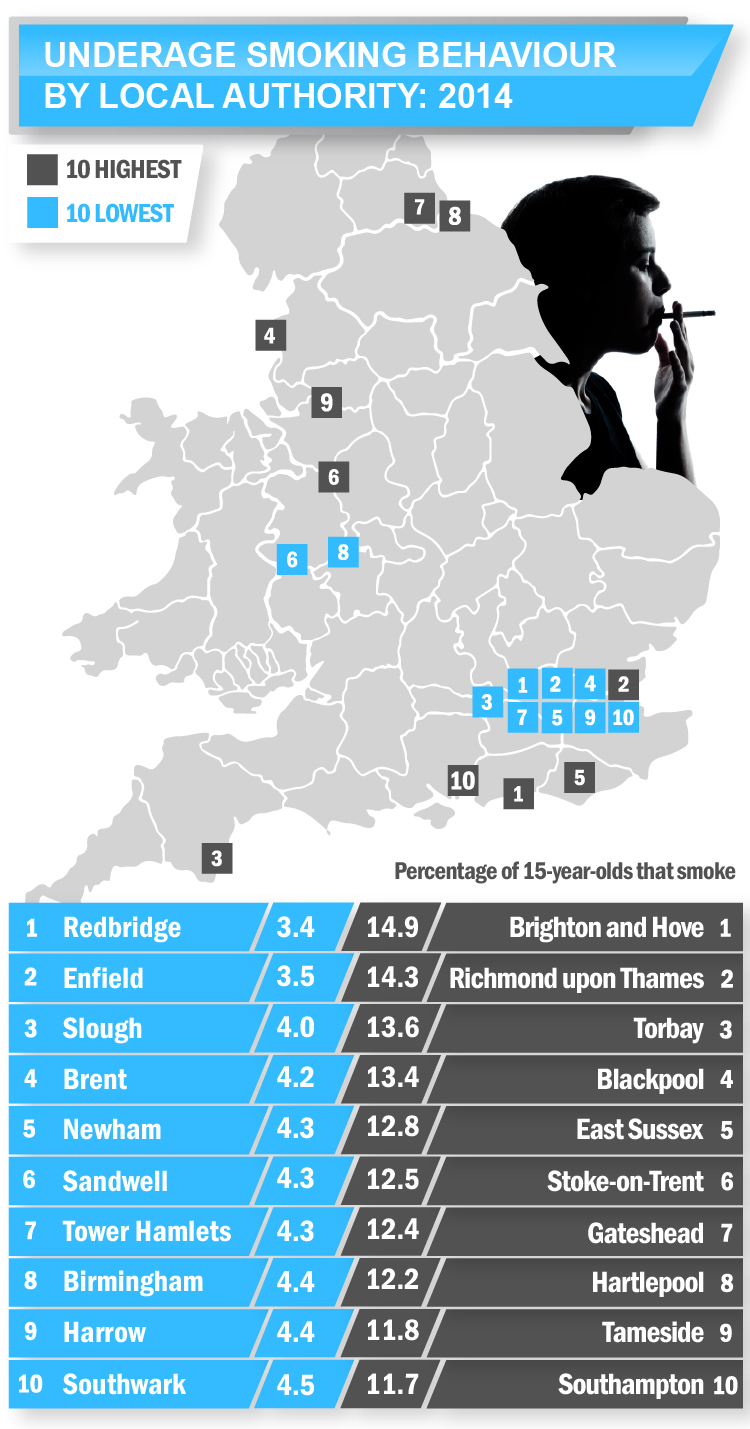 Please include attribution to vapour.com with this graphic.

By analysing data in more detail, Vapourlites discovered 85% of secondary school pupils will smoke just to look cool in front of their friends, while 72% feel immense pressure to indulge in the habit.

Charles Bloom, MD of Vapour.com exclusively comments: “Statistics like these prove there is a need for more preventative measures and support, in relation to young adults and smoking. Children should feel like they have an alternative outlet, to talk through how they feel and to gain relevant information; providing the tools for individuals to build their own path, away from the lure of addictions like cigarettes. We are yet to surpass smoking as an issue and so often it starts with young people – it would be foolish to overlook it.”

Indeed, childhood smoking will force an impact on health both at the time and in older age; with individuals who begin smoking earlier facing additional risk of lung damage, bowel cancer and cervical pre-cancerous lesions.

Astonishingly, 40% of current or previous regular smokers in Great Britain began smoking before the age of 16.

By harnessing the urge to smoke at a young age, we may be able to lower – and maintain –  the smoking rate even further. 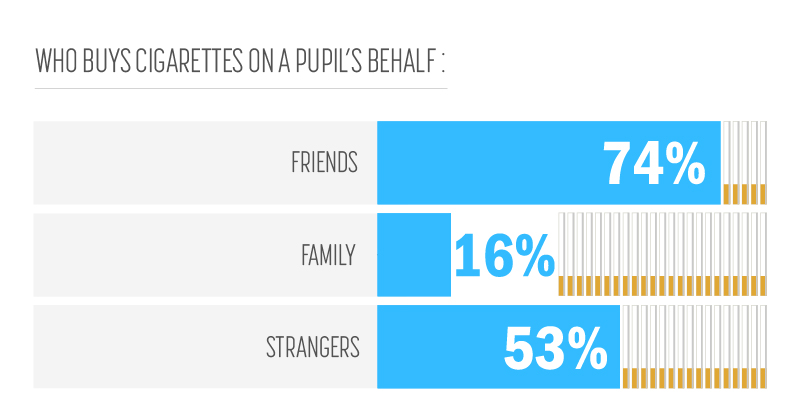 Smoking in young adults is more common among teens whose parents smoke; always try to set a good example and practise what you preach. If you’re a parent and you do smoke, stick to smoking outside of the house and not in view of your children. Likewise, never leave your cigarettes where they can be easily accessed.

Talk to your children about the reality of the situation. If you smoke, talk about the reasons why you smoke and how difficult it is to quit once you start. Every detail will help to form a realistic viewpoint of cigarettes in your child’s mind – rather than one formed by marketing or advertisements, which may glamorise the issue and distort reality.

Talk through what smoking can do to your body – both internally and externally. Young adults often feel the occasional cigarette will not cause them to become addicted. However, the reality is that even intermittent and relatively low levels of smoking can trigger addiction.

The same can be said about the risk of developing smoking-related diseases. Young        people often believe that they are the exception to the rule; it may be useful to use relative examples of loved ones, neighbours or celebrities suffering with health due to their habit, as an example of what can happen.

Cigarettes are expensive; talking through cost may make your child realise smoking is anything but a frivolous past-time. Sit down with your child and calculate the weekly, monthly or yearly cost of smoking a pack of cigarettes a day – taking time to emphasise the many other things you could buy with the same amount of money.

Give your children the encouragement and support they need to believe they do not have to bow down to peer pressure at school or amongst friends. Perhaps try rehearsing social situations with your children, advising how to handle tough scenarios. It may be as simple as repeating the phrase: “No thanks, I don’t smoke.”