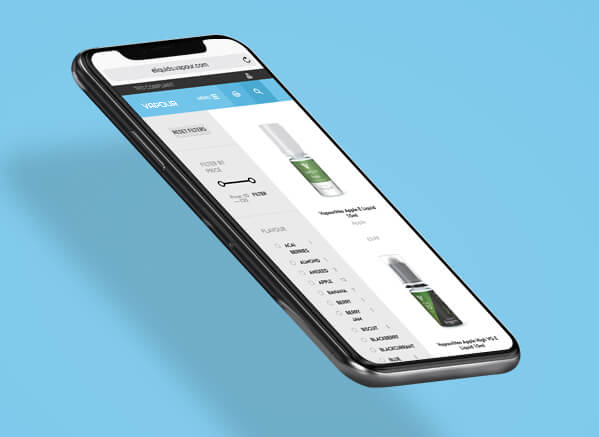 We can hear you already. And we’re ready to acknowledge that vaping is a super subjective, uh, subject. So ‘Best Eliquids of 2018’ is like running an post called ‘Best Food of 2018’. Everyone’s taste differs, so the fact that this list runs pretty light on tobacco flavours, for example, might raise your pique.

Similarly, you might take umbrage with our bias, considering this list only features eliquid that we sell here at Vapour. Well, we’re not in the business of advertising for our competitors.

And luckily for us, we haven’t enabled comments, so your ire will have to find some other outlet. You could, for example, head over to our e-liquid page and show us what your favourite flavour is with your money (we have no shame). Or you just just go browse; it’s a very nice page.

Anyway. In no particular order, here are our top eliquids for 2018 so far.

Anarchist lives up to its name, maybe more than any other eliquid manufacturer we’ve come across. Its website is a masterclass in not playing by any rules. The images are low-res, it’s not optimised at all for mobile, and the copyright at the bottom of the page reads ‘2014’.

The imagery they use for their eliquids themselves is lurid and unrestrained, a firework of half-smashed cupcakes, bubblegum with inexplicable condensation, and lumpy blue slime in what appears to be a fish and chips box reading ‘PUNKASF#CK’ (hash ours). And their eliquid naming scheme is no-nonsense: Red, Blue, Green, Pink, etc.

Their eliquid flavours, however, are where Anarchist’s true character shines. Pink (as in pink lemonade) delivers a perfect balance of sweet and tart, while Black turns the sugar volume way up with cupcake, vanilla creme, and sugary cereal flavours. You get the sense that whoever is behind these flavour decisions is a little bit unhinged.

But maybe that’s what Anarchist is going for.

Naked 100 is a sub-brand of The Schwartz, an eliquid group from the United States. But the student has become the master in a lot of ways, as Naked finds itself on ‘best-of’ lists all across the web, whereas this humble blog-writer had never even heard of The Schwartz before.

(In case you’re tempted to check, yes, it is a Spaceballs reference.)

Naked’s schtick (to use a bit of local colour) is predicated on simple flavours and quality ingredients—and it shows. Their profiles tend to combine sharp tartness with a couple of other softer, sweeter flavours. So their best-selling Hawaiian POG features juicy passion fruit cutting through the sweet notes of orange and guava.

They’ve also found success with their ‘Ice’ line, which takes puts a little cool menthol underneath their traditional flavours. It might not sound like much, but Naked has turned it into a winning combination.

Candy King has made its name doing one thing, and doing it very well. We bet you can guess what it is.

Their candy-based flavours are actually surprisingly faithful to the real thing, even as their naming scheme has to duck copyright with a little bit of cheek. (See for example ‘Batch,’ flavoured like Sour Patch Kids.)

This makes Candy King a perfect fit for those who vape to help them cut down on worse habits—like idly gnawing on sweets. With Candy King, you can get your candy fix without rotting your teeth (or, incidentally, your lungs).

Look up any other ‘best-of’ list (actually, don’t; stay on this one instead) and you’re bound to find Element E-liquid in the top three. This South-Florida-based e-liquid manufacturer have made the move into the UK and European markets, and they’re dominating.

Their professional, approachable presence in the vaping community lends them serious credibility, but their vaping flavours are where the company expresses itself best. They span eight different categories and even find themselves in a closed-system pod manufactured by Aspire.

We can’t even really put our finger down on what makes Element E-liquid so successful. Their flavours are vivid, original, and faithful. They’ve got something for everyone. They’re just really good.

Fruity, cool, satisfying on both the first and last vapes of the day. With a recipe so secret that just speculating on it could land you in jail in certain countries.

It’s Heisenberg. What more can we say?

But—the price. At like £15 a pop, it’s a hard buy. Keep an eye around Vapour.com, though. We’ve got a new flavour called ‘Breaking Blue’ coming down the pipeline and our flavour guys have been calling it a dead ringer for the old blue standby.

This list represents a tiny subset of the great eliquid out there, but we think it’s the cream of the crop right now. And if none of these really strike your fancy, we’ve got a huge variety of eliquid just a click or two away.