Are models sexualising and trivialising vaping? 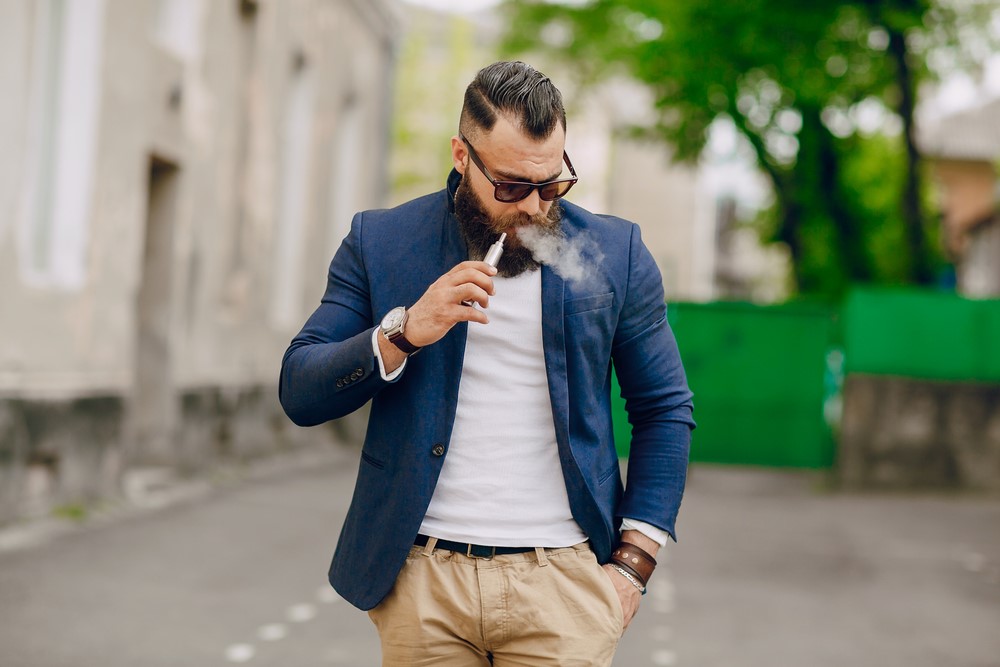 Many are still under the misapprehension that vaping is a ‘new’ and ‘budding’ trend; a transient fashion gimmick in which bearded young men, sporting a nose ring and mun (man bun) casually blow smoke through their noses throughout the day, whilst looking stoically into the distance.

And who could blame the cynics for believing this of vaping, when the media is filled with images of this nature? Vaping pens have become a new and enigmatic prop to the artists and photographers. It’s the new vocal point to the clichéd photo settings of crumbling historic buildings (possibly denoting some deep and moody sentiment retained from their teenage years), or of the stereotypical coffee lounge – because all good ideas are conjured in Starbucks? Forgive my flippant tone; the skill involved in capturing such images on camera are far beyond anything I could manage myself however, the question still stands: are models sexualising and trivialising vaping?

The chemistry behind perceptions…

Vapers are ironically, subjected to wry, rude and even offensive comments about their ‘habit’ being a filthy one and something that they should be ashamed of. In the modelling world, it would appear that this so-called dirty habit is one that is overly sexualised. It is not uncommon to see female models in skimpy lace underwear, with overly rouged lips, sucking seductively on their vaping pens in a manner that Joe Average would believe to be borderline obscene in public. The sheer ecstasy the models convey in such images gives clear overtones of sex and even drugs. The model can appear somewhat stoned; they are so relaxed using the device. And the sorts of drugs we are referring to, are keenly recognised as being bad for your health. Those looking to condemn vaping rarely spend more than a second contemplating such images before drawing the association. This usually results in the vaper being lectured on how they are polluting their bodies with a cocktail of dangerous chemicals, which will rot away our brains… (seemingly, everyone can claim to have undertaken a chemistry degree when it comes to giving vaping advice.)

It is true, that when vaping first took off; there were (and still are) many rogue traders marketing products with ingredients that are not fit for human consumption. Arsenic, lead and nickel were just some of the compounds found in such e-cigarettes. However, the majority of modern vapes are clean and safe. For example, our ingredients are as follows:

Propylene Glycol: Found in regular food items and in some medicines, this product helps to ‘carry’ the nicotine and flavourings.

Vegetable Glycerin (PG/VG 80/20): Like Propylene Glycol, this product also helps to carry the nicotine and flavorings in the e-liquid. Used as a food additive, the plant based substance can be made using coconut or palm oil.

Distilled Water: The type of water you would drink, only cleaner.

Pharmaceutical Grade Nicotine: With varying strengths, the nicotine in our products can be reduced to 0mg, i.e. nothing.

Flavourings: The same flavourings as found in foods you would typically eat.

One of the dangers of such depictions of vaping is that many cannot relate to the images that are projected. Seldom do you see someone carrying a cane-size vaping pen, whilst clad in a shimmering red blazer and faux-fur coat. The practise of vaping is then categorised in that person’s mind as something that isn’t ‘them’. And that is where the damage lies. Smoking is known for being an extremely hard habit to break. It takes persistence, a great deal of will, as well as the encouragement and support of friends and family. What would make the whole process a darn sight harder is not having the metaphorical stepping stone helping for you to get from A to B; vaping.

Endorsed by the NHS, vaping allows those who smoke to switch to a cleaner and healthier product whilst gradually reducing their nicotine intake, thus curbing their craving. Statistics published in a survey carried out by the Public Health Organisation revealed that, on average, ‘E-cigarettes around 95% less harmful than tobacco’. The Guardian further reported that, ‘65% of those using an e-cigarette daily, went on to make an attempt to give up smoking within the year, compared with 44% of smokers who did were not using e-cigarettes.’ With figures such as these, the benefits of vaping when used as an aid to quit smoking speak for themselves. Behind the celebrity mask, the glitz and the glamour of vaping model; a truly effective medical product is being made available to the product. Arguably vaping models are harmless. It simply seems odd to trivialise a practise which is seeking to help people to stop smoking. After all, paracetamol adverts rarely contain feather boas.