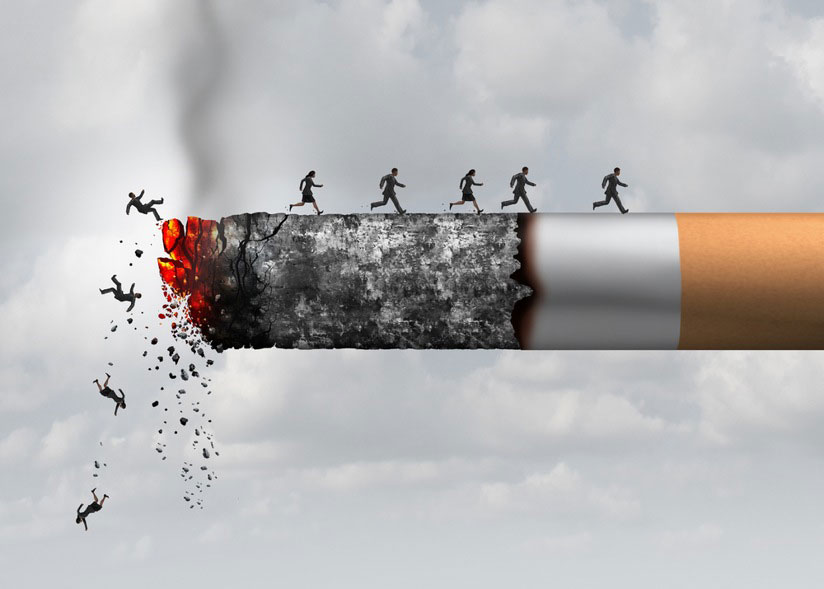 New evidence shows that vaping can help you quit smoking – so long as you don’t succumb to the odd cheeky cigarette. We’ve compiled some foul facts to ensure you stay strong – and keep off the fags!

Science loves vaping! Well, perhaps that’s a slight exaggeration but a recent study conducted by scientists at University College London looking into the long-term effects of smoking and vaping found that after six months, people who switched from real cigarettes to e-cigarettes had far fewer toxins and cancer-causing substances in their bodies.

Funded by Cancer Research UK, the study looked at 181 individuals who used e-cigarettes and NRT products over six months. The study’s lead author, Dr Lion Shahab, told The Independent: “Our study adds to existing evidence showing that e-cigarettes and NRT are far safer than smoking, and suggests that there is a very low risk associated with their long-term us. We’ve shown that the levels of toxic chemicals in the body from e-cigarettes are considerably lower than suggested in previous studies using simulated experiments. This means some doubts about the safety of e-cigarettes may be wrong.”

This will come as a relief to some vapers who may have been worried by previous studies suggesting that vaping is as harmful as smoking – and will be vindication for those vapers who were pretty confident that those damning studies were a load of rubbish! However, the report also concluded that, in order to reap the health benefits of vaping over smoking, you have to give up smoking completely! The study found the same amount of the highly carcinogenic chemical NNAL present in smokers and those who smoke and vape. Even a few cheeky cigarettes will undo your good work – so if you need some inspiration to stay away from the evil ciggies, remember these gruesome facts about fags…