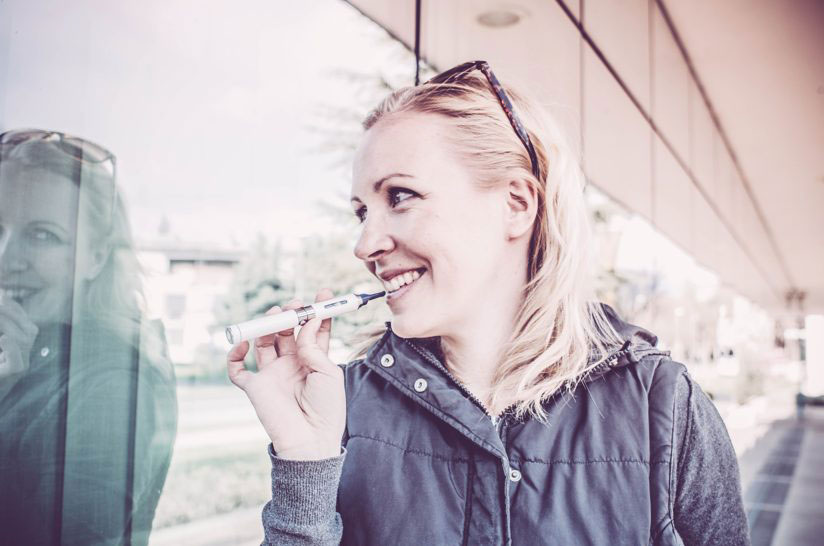 Other than an incredible improvement in your health, switching from smoking to vaping should provide you with one other benefit; ditching the cigarettes means you will no longer have smokers’ guilt!

Now as a smoker, you may not even notice that you’re feeling guilty every time you light up, but as soon as you make the switch to vaping and no longer polluting the air and bothering non-smokers on a daily basis, you’re bound to feel a huge weight lifted off your shoulders.

Here’s five reasons why making the all-important switch will make you feel like a better person (and rightly so!)

There are over 4,000 chemicals in a cigarette, and as a vaper, you’re no longer responsible for releasing these into the atmosphere – congratulations! Not only do these chemicals pollute our clean air according to the Clean Air Council, 70 of them are actually proven to be carcinogenic and therefore potentially harmful for anyone who comes into contact with them; tobacco smoke is classed as a Group A carcinogen.

Furthermore, 40,000 cases of lung cancer (one of the top 5 cancer killers in the UK) and heart disease are said to be caused by passive smoking. As a vaper, you can confidently say you’re not responsible!

You might think a cigarette butt is too tiny to cause an issue, but the fact is, cigarette butts aren’t biodegradable and therefore are causing problems. In a recent study carried out in the US, it was recorded how long exactly it took for a cigarette to decompose and the result was an entire year. This however was the quickest time ever recorded as the majority of studies have the time it takes for a cigarette to decompose at around the 12 year mark – and some studies show that they don’t actually decompose at all.

Even if as a smoker you tried to be responsible and dispose of your butts, they are still going to be on earth for years, as extra, unnecessary litter. Switch to vaping and you won’t be causing any litter problems!

You’re no longer creating a disgusting stench wherever you go

Putting the air pollution and carcinogens to one side for a moment, cigarettes also smell extremely unpleasant. Each time you light up, innocent bystanders’ nasal passages will be invaded by cigarette smoke – but that’s not the only time you’ll be inflicting the smell on the world. Cigarette smoke has a habit of lingering on clothes, hair, and pretty much anything else. It even gets onto skin and makes your breath smell; even if you were to take a shower after every cigarette this wouldn’t combat the problem due to the fact that the smell gets in your carpets and furniture. Basically, the only way to avoid the terrible smell is to make the switch to vaping – the vape is odourless!

It’s no secret that the tobacco industry isn’t the friendliest; the industry has been pushing smoking for years even though they know of the serious dangers cigarettes pose to health. They also attempted to cover up the negative effects of smoking for as long as possible and instead glamourised cigarettes for the sole purpose of lining their pockets. Are these the people you really want to help make a profit? Didn’t think so…

You’re an inspiration to others

By quitting smoking, you’re making others think that they can do it, too! Being a proud vaper and spreading your knowledge of e-cigarettes is bound to inspire the smokers you know to make the switch.

By proudly displaying your vape pen, you are normalising electronic cigarettes and sending out the message to everyone that sees you that vaping is a healthier, and better alternative to smoking. Tell all the smokers you know to get involved, educate them about the benefits of vaping and before you know it, the UK could be smoke free for good!