23% of mental health patients, were advised not to quit smoking by healthcare professionals! 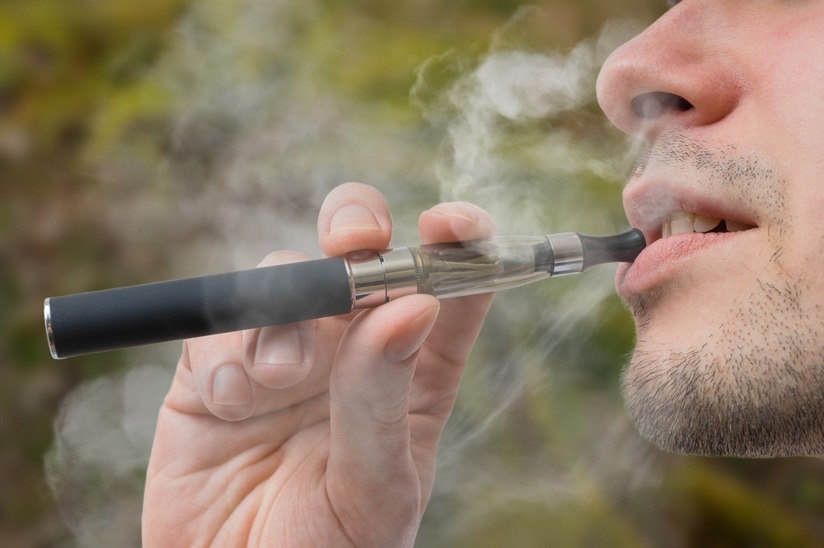 In the UK smoking is steadily decreasing; today around 19% of the population smoke compared to 21% in 2014, and 45% in 1974. However, shockingly, for individuals with mental health conditions, this simply is not the case, with almost 38% of those who suffer from various mental health condition smoking daily and a further 13% smoking less frequently.

Please include attribution to vapourlites with this graphic.

The statistics gathered by Action on Smoking Health (ASH) earlier this year are quite alarming, with one third of nicotine in the UK smoked by someone with a mental health condition. 11% reported smoking between 21-30 cigarettes, with 4% admitting to be smoking more than that.

The more severe one’s mental health problems are, the more likely they are to smoke and to become heavily addicted. Smoking is highest amongst those with a personality disorder at 47.1%, followed by Schizophrenia, schizotypal and delusional disorders at 44.6% and then bipolar affective disorder at 36.7%.

However contrary to popular belief, this group of individuals do have the desire to quit – 80% reported attempts to quit and 36% were consistent with feelings to quit. Perhaps this alludes to the fact that mental health patients are not receiving adequate support or encouragement to quit, despite having regular contact with health support workers.

Unfortunately, those with mental health conditions have more barriers when trying to quit smoking, as they are trying to overcome other difficulties in their lives. They suffer with higher levels of addiction so require more intensive support.

ASH: Smoking status of those with mental health conditions

ASH carried out two surveys; one on people who have a current mental health condition and one based on the staff who work with those who suffer from a mental health problem.  The study aimed to explore links between smoking and mental health.

The data forms the basis for the action report ‘Stolen Years’ by ASH which lays out a number of ambitions, aims and goals to try and halt the increase of smoking within this group.

Of those surveyed, 38% said they smoked daily and a further 13% smoked less frequently, and 36% smoked between 11 and 20 cigarettes per day. In fact, 10% went into hospital as a non-smoker and discharged as a smoker.

These individuals are therefore stuck in a cycle of smoking without the encouragement and support in place to help them quit. It is important we abandon the assumption that smoking is inevitable in those with mental health conditions.

WHY DO THOSE WITH MENTAL HEALTH CONDITIONS SMOKE?

There are a number of reasons smokers with mental health conditions have given for why they smoke: coping mechanism, anxiety relief, stress relief, self- medication, and sociability.

As nicotine stimulates dopamine production (dopamine is associated with pleasurable feelings) it can feel relaxing and be used as a way to relieve stress. Therefore, a regular smoker gets used to this constant stream of dopamine so when they get cravings it causes an increase in stress which can only be relieved with more nicotine; and so the cycle continues.

The Journal of Environmental Research & Public Health have found that nicotine can reduce some negative schizophrenic symptoms, perhaps a clue to why smoking is so high in this group of individuals. The trigger of serotonin and dopamine, which are associated with positive side effects causes feelings of excitability and elation which in hands lessens negative symptoms. However, research has similarly found that quitting smoking correlates to feeling happier and more positive in the long-run.

“When one is having a mental health crisis, the worst thing you can do is give them more stress by forcing them to give up smoking, it is often a coping mechanism”. Female, smokes every day, Asperger Syndrome and has had an inpatient experience.

Some also describe difficulties in quitting.  For example, one patient who decided to switch from smoking to e-cigarettes, found themselves smoking after being told they were not allowed to use e-cigarettes when admitted to hospital.

“I’m currently sectioned in hospital and prior to admission I had been smoke free for 2 years but using an electronic cigarette. However, in the second hospital I was moved to, e- cigs were banned so I started smoking again and plan to stop when I am eventually discharged.” Female, smokes every day is currently detained under the Mental Health Act.

Patients were asked if they saw hospital staff smoking, would they consider it ‘normal’ and therefore less dangerous. Figures revealed that 56% agreed, 24% neither agreed nor disagreed.

In many mental health settings, smoking has become engrained in the culture and routine. Over 60% who had been a patient reported cases of smoking indoors; despite a smoking ban being implemented since July 2008.

STAFF ARE NOT ENCOURAGING SMOKERS TO QUIT

A fascinating finding was that smokers are not being encouraged or offered support to quit smoking despite being surrounded by health professionals who ultimately know better.

Staff who had received training were more than twice as likely to discuss smoking with patients and to see hospitalisation as an opportunity to discuss smoking. They were also less likely to believe that smoking cessation would have a negative impact on the therapeutic relationship and on patient recovery.

Further results from ASH report reveals that 43% of patients were not spoken about the reality of quitting smoking, and if they had been, 37% were offered nothing and 23% weren’t advised to quit. Only one fifth were offered some support.

“Advised that due to home circumstances and the recent increase of medication I was advised not to quit until things had settled down. Male who has experienced depression.

“Agreed I should stop trying to give up until I had managed to access psychotherapy” Female, current smoker who is motivated to quit.

However, many people spending time in mental health services are likely to be surrounded by others who smoke which undermines their attempts to quit. Some even reported starting smoking in hospital.

“I know some adults who only started smoking in their 30’s when they were sectioned. I firmly believe everyone in hospitals should be encouraged and supported to give up smoking during their stay.” Female, ex-smoker.

However, many respondents stated concerns with smoking on site and staff smoking around patients:

90% agreed staff should not smoke in the presence of patients

55% said smoking should be banned in the grounds of mental health hospitals, with support highest among those who never smoked and those who were ex-smokers.

Cost might be a factor as to why smoking cessation is lagging in mental health facilities. To train staff in smoking cessation and awareness, costs money to an already overstretched NHS. The short-term costs of quitting could be high; as well as behavioural treatment or an increase in medication dosage.

Although despite this, the long term cost would be lower, as the deficit to the NHS due to smoking is £4.4 billion.

Patients reported support for e-cigarette as demonstrated by the following quote:

“Switching to electronic cigarettes has enabled me to have the comfort of smoking without the main risks to myself and others. I never smoke when well. I strongly support provision of e-cigarettes in mental health facilities.” Female, ex-smoker, was an inpatient in a mental health setting on a voluntary basis.”

Charles Bloom, founder of an e-cigarettes company Vapourlites has witnessed many individuals turn their lives around by switching to e-cigarettes to assist them quitting, after having tried many other methods such as the patch, nicotine gum and going cold turkey.

“E-cigarettes should be available in health facilities. Quitting smoking can be a difficult and stressful time for people and e-cigarettes makes the process more manageable and have helped so many people.”

To reverse these trends, a number of solutions should be implemented:

It has become clear that this is an issue that needs to be addressed imminently. Barriers to support services need to be investigated and researched. Mental health professionals need to be aware of patients smoking habits and record them, considering these individuals are more vulnerable to becoming highly addicted to nicotine and in turn smoke more cigarettes.

Health centres and staff need to consider the impact smoking has on the mental health of their patients, and change the seemingly laisse-faire attitudes to smoking by staff.

Electronic cigarettes should be introduced as a cessation method, for those who haven’t succeeded through other means. Taking smoking cessation seriously would hopefully result in a decrease in smoking, and those who lose their lives every year to this dangerous habit! 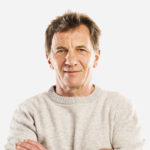